Akhlaque Khan, who was last seen in ‘Humko Tumse Ho Gaya Hai Pyaar Kya Karein’ on Star Plus is on cloud nine these days. Wondering why? His short film titled ‘Kissss’ got more than 4 millions of views on YouTube and is now streaming on MXPlayer.

The actor with multidimensional persona, has not just acted in the short film, but also wrote and co-produced it with his good friend Shah Nawaz Khan. “I am delighted with the kind of response we got for our short film. Till now it got 4.5 million views, which is increasing day by day. Honestly, I hadn’t expected this, but now I am becoming a bit greedy and want it to cross 10 million,” Akhlaque said while beaming.

He added further, “Mxplayer is a big platform. It’s a big honor to have my first written short film to be streaming on it.”

The actor had done lip lock in the short film with Jayashree Venkataramanan. Interestingly, they essayed the role of cousins in Colors’ Na Bole Tum Na Maine Kuch Kaha (Season 2). When quizzed is he planning to bring sequel of ‘Kissss’, Akhlaque  said, “A lot of people have asked me this but we haven’t thought about it. Shah Nawaz and me are planning a series of short films on similar lines. If not more, they are going to be as entertaining as this.” 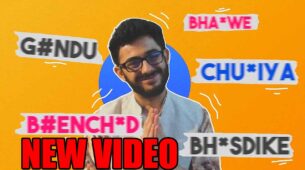 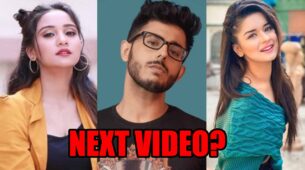 After Yalgaar, CarryMinati REVEALS latest details about his new video