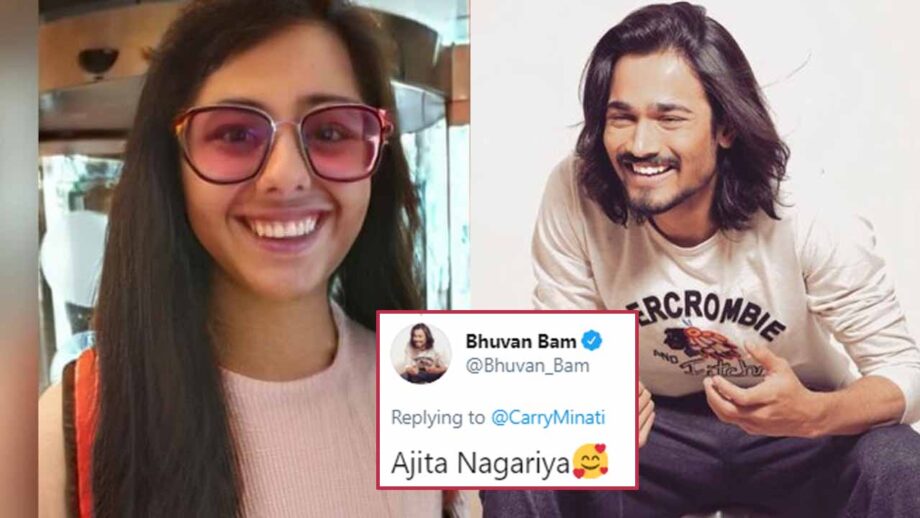 CarryMinati aka Ajey Nagar, the popular YouTuber has been in news for quite some time now. The star latest video song Yalgaar has set a globe record. CarryMinati’s music video Yalgaar is now amongst the top 20 most viewed online videos globally in the first 24 hours.

Now, the YouTuber uploaded a picture of himself in a girl’s avatar. Soon, Bhuvan Bam took to Twitter on commented on the picture. He changed his name from Ajey Nagar to ‘Ajita Nagariya’. Later, CarryMinati posted Bhuvan’s girl avatar picture. Their hilarious twitter conversation made fans go ROFL.

CarryMinati’s previous video ‘YouTube Vs TikTok’ video, which went viral on the internet and broke many records. The ‘YouTube Vs TikTok’ became the ‘most-watched’ video on YouTube ever. In this video Carry roasted the TikTokers, especially Amir Siddiqui. However, it was removed from the platform for violating its ‘terms of services’