CarryMinati is one of the successful and popular YouTube star. The young and dynamic star has achieved a lot via his hard work. He is mainly involved in creating satirical parodies and comedy, apart from live gaming. He started the trend of roasting other viral videos on the internet.

Ajey Nagar aka CarryMinati was born on June 12, 1999. He is born and brought up in Faridabad, Haryana. He has completed his senior secondary education. During his 12th board exams, he got very nervous about his Economics exam and then decided to drop the year. He later gave his 12th board exams via distance education. CarryMinati started his YouTube channel in 2014. He gained a huge fan following after his epic roast videos about ‘Bigg Boss’, Dhinchak Pooja, and Deepak Kalal went viral.

According to YouTubers.Me, CarryMinati’s estimated net worth is between $132K and $1.69M. With more than 15.3 million subscribers, Ajey Nagar aka CarryMinati was named ‘Next Generation Leader’ in 2019 by TIME Magazine. He received a gold play button after he crossed 1 million subscribers in 2017. 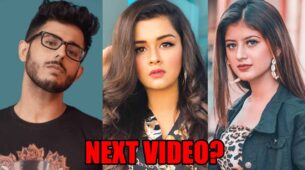