Read to know about CarryMinati, Faisu, Avneet Kaur and Jannat Zubair’s net worth CarryMinati, Jannat Zubair, Faisu and Avneet Kaur are popular digital stars and have been ruling on social media with their unique content.

Ajey Nagar has a YouTube channel called CarryMinati. He is known for his comedic skits and reactions to various online topics on his channel CarryMinati, which has gained over 26 million subscribers. According to a report in media, CarryMinati’s net worth stands at a whopping US$3.8 Million which is near to 27 Crores in Indian money.

On the other, Jannat is a popular TV actress who is known for her acting chops in Tu Aashiqui. The actress also makes fun videos for her fans and keep them entertained. According to a report in media, Jannat’s net worth is an estimated $1 million which comes to approximately ₹7.12 crores.

Also Read: What is CarryMinati’s connection with Avneet Kaur and Jannat Zubair?

Similarly, Faisal Shaikh, who is popularly known as Faisu, is an Indian TikTok star. He is also a model and influencer. The young lad has a huge fan base in the country owing to his funny video clips and lip-sync videos on TikTok. According to a report in media, Faisu’s net worth is an estimated $1.2 million.

Avneet Kaur is a popular TV actress and TikTok star. She has appeared on several shows. The actress also makes fun videos for her fans and keep them entertained. According to a report in media, Avneet’s net worth is an estimated $1 million.

Their combined net worth is around $7 million! 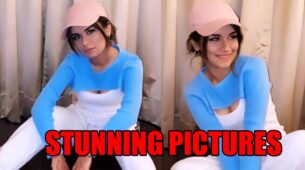