This music video will be an interesting watch. 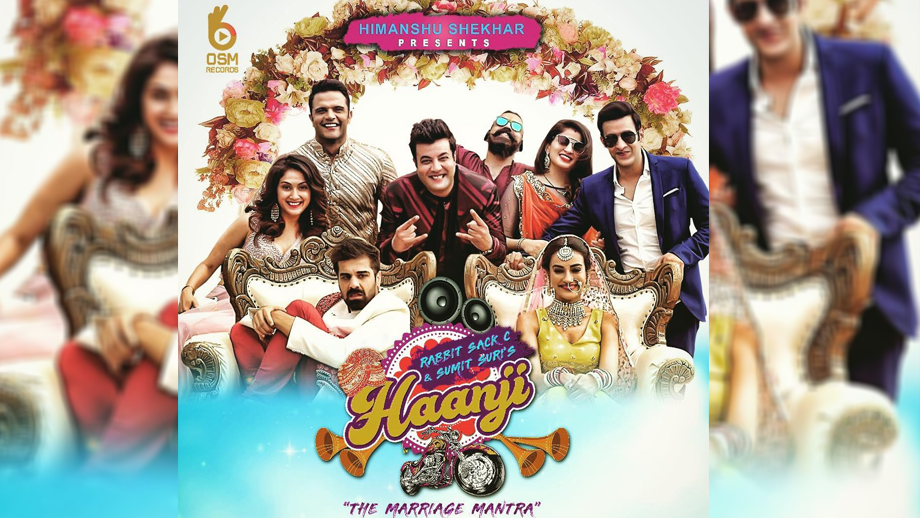 The digital phenomenon is becoming large and widely appreciated with every passing day!!

It’s the era in which one can tap foot to amazing music videos that make for a new wave of entertainment on the digital platform.

One such amazing music video shot amidst the backdrop of a wedding setup is ‘Haanji’ created by Rabbit Sack C and Sumit Suri which is literally a celebrity-studded video.

Starring the popular actress Surbhi Jyoti and Sumit Suri who are seen as the bride and groom, the video also has actors Varun Sharma, Manjari Fadnis, Jitin Gulati, Kanan Malhotra. Haanji is produced by OSM Records and directed by Gurmmeet Singh.

Haanji is the continuation of the music video ‘Lage Rahe’ which launched 2 years back, created by Rabbit Sack C and Sumit Suri.

The music video required actors to be featured in the marriage setup. The video will have the whole process of the groom and bride giving their consent to marriage and what happens post the wedding.

When contacted, Jitin Gulati told us, “Yes, Surbhi and Sumit play the to-be-wed couple while we the other actors happen to be their friends. It was real fun shooting for this music video and we look forward to its release.”

The music video Haanji will launch on YouTube very soon.

Are you looking forward to this interesting video? Drop in your comments here.