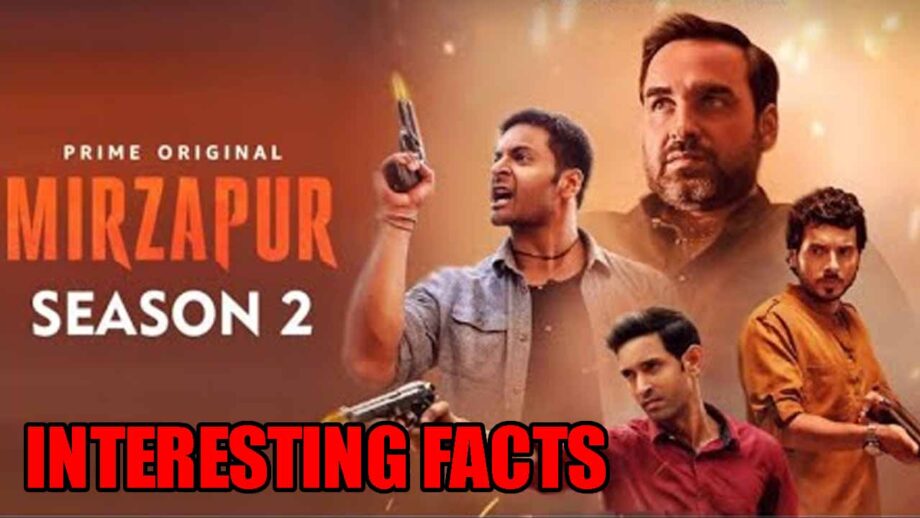 Amazon Prime’s Mirzapur was the most loved Indian series. Now, Mirzapur 2 is awaited and fans have been waiting for it.

The story of the series revolved around drugs, guns and lawlessness. It depicts the putrescence, governance and rule of mafia dons and the rivalry and crime prevailing in the Purvanchal region of Uttar Pradesh.

The release date as of now is 25 November 2020. The second season too is slated to have 9 episodes just like the first one. Though not much is known about the entire cast in the Season 2, it will see the actors such as Pankaj Tripathi as Kaleen Bhaiya, Ali Fazal as Guddu Bhaiya, Shweta Tripathi as Golu Gupta, Divyendu Sharma as Munna Bhaiya, Rasika Dugal as Beena Tripathi, Kulbhushan Kharbanda as Satyanand Tripathi, Harshita Gaur as Dimpy Pandit, Anjum Sharma as Sharad Shukla, Shaji Chaudhary as Maqbool Khan to name a few.

Also Read: Mirzapur Season 2 And What To Expect From It!!

We tell you few interesting facts about Mirzapur season 2 cast.

Pankaj Tripathi was quite active in politics and was part of Akhil Bharatiya Vidyarthi Parishad. He once stayed in police custody for seven days because he raised his voice against the state government.

Apart from acting, Shweta Tripathi also manages her theatre company All My Tea productions in Mumbai.

When interest in acting rose for Rasika, she enrolled in FTII after her graduation for a postgraduate diploma in the field of acting. There, she was taught by stalwart Naseeruddin Shah and had many of her contemporaries in the college like actor Sayani Gupta.

Ali Fazal made his debut in Hollywood with Furious 7z. Interestingly, Ali was in a remote location in India when he had to send his audition for the role. He literally climbed atop a hill to get the network to record his audition. Guess what, that actually earned him the role.