Well, Ashish has yet again been seen socializing with fellow celebrities from Bollywood. Ashish Chanchlani, the YouTube star, has been absolutely sensational over the last few years. With over 15 million subscribers cumulated over the last 5 years, he has become one of the most important figures in the Indian paradigm of the internet. His success knows no bounds and his popularity is seamless and unending. He started making videos in 2015, following in the footsteps of famous western YouTubers who started this trend. He used this opportunity to make an Indianized version of the same and that blew up almost immediately. He also started making “Vines” and he slowly transitioned into being a full-fledged YouTuber and being one of the most recognized Internet personalities in the country.

He grosses almost 5 to 6 million views on each video. Ashish has a staunch and hardcore fan base. But, he also has a very strong history of socializing with Bollywood stars. We have seen the likes of, Saif Ali Khan and Hrithik Roshan and Shahid Kapoor have shown on his channel.

We have some new photos of him chilling with some more celebrities. 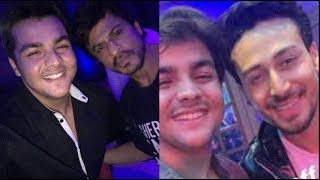