Pratik Gandhi and his family pictures.

Pratik Gandhi the talented Gujarati theatre and film actor had garnered national acclaim for his versatile acting prowess. He was recently seen playing the titular role in Scam 1992: The Harshad Mehta Story which streamed on SonyLIV. He got his first opportunity to work in the Gujarati play Aa Paar Ke Pele Paar. His films that are noteworthy include Jujave Roop, Apurva Avsar, Amarfal, Master Madam, Mere Piya Gaye Rangoon etc.

Pratik is a versatile actor who carries out his roles effectively with a lot of details added to it.

Pratik who is from Surat is born to teacher parents. He is married to Bhamini Oza and the two of them have a daughter.

Recently, Pratik put up a picture with his family as he spent the festival of Holi celebrating with them.

Check out the family pictures of Pratik Gandhi. 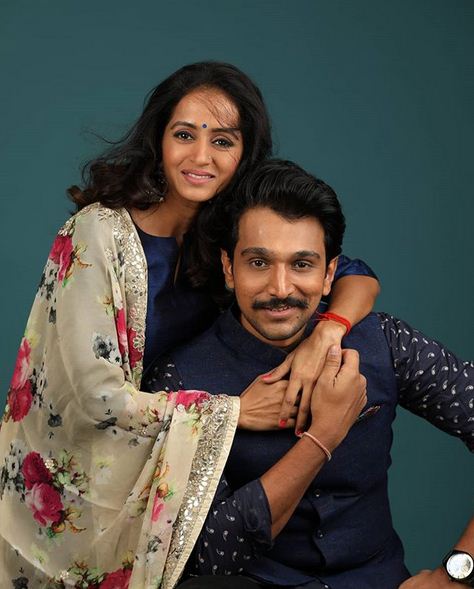 Also Read: Pratik Gandhi and his stylish looks in suits

Here are Some Dashing Hair Looks Of Mithila Palkar

Review Of Picasso: Is Well-Intended But Dull

Which Saree Look Of Radhika Apte Is Your Favourite?