Belcalis Marlenis Almanzar professionally known as Cardi B is an American rapper and songwriter. Cardi B was born on 11th October 1992 in New York, United States. Cardi B achieved popularity through Instagram and vine and became an internet celebrity. The rapper’s debut album, Invasion of Privacy broke several records, was listed as number one on the Billboard 200. Cardi B was also the only woman to win an award as a solo artist in Grammy Awards for her debut album. Cardi B is also the first female rapper to top of the Hot 100 3 times.
According to Forbes, Cardi B is one of the most influential rappers of all time. Billboard honored Cardi B as Woman of the Year in 2020.
The rapper is known for her candid and aggressive lyrics flow. She has her unique music style that we all love. Along with music, Cardi B also has a unique taste in fashion. Cardi B can literally do anything when it comes to style from slick suits to ballgowns, Cardi B can rock every style stunningly adding her own touch to it. Cardi B’s outfit choices are edgy and bold which goes perfectly with her fun personality.
The rapper is often seen styling stunning multicolored outfits, Cardi B completely slays in multicolored outfits. Let’s have a glance at a few of Cardi B’s looks in multicolored outfits that took our hearts away.

Also Read: Bewildered about how to style those palazzo pants: Take a hint from Surbhi Jyoti: she is such a stylish chic 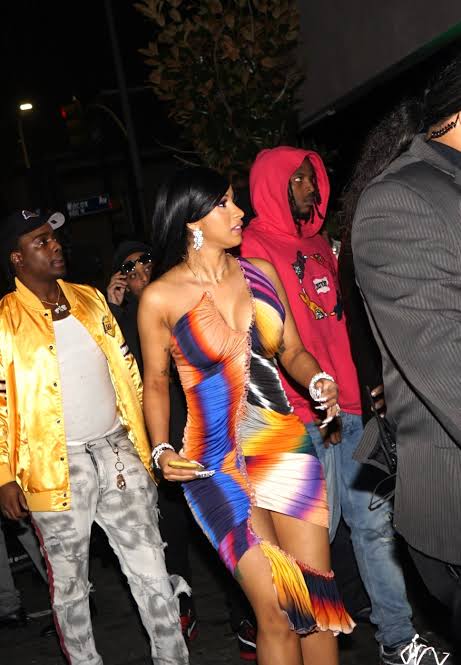