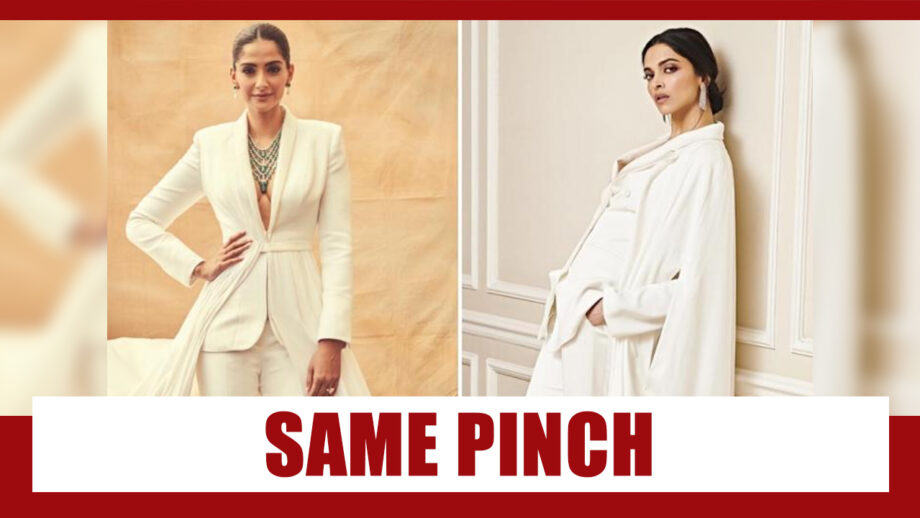 Deepika Padukone and Sonam Kapoor the popular Bollywood stars are great actors who have been part of some magnificent roles in Indian Cinema. The two of them have few commonalities in being the tall and lanky actors with suave persona and grace.

Their beauty is incomparable and they look their best in all kinds of looks. However, there have been times when Deepika and Sonam have unfortunately donned the same kind of dresses and styling.

Well, we speak of few here.

There was a time when Deepika and Sonam donned the pantsuit style for a photo-shoot. The best part was that they both donned the similar white pantsuit. And also decided to go with a stunning neck-piece for the shoot. Well, they looked hot nevertheless, even if their looks and dressing sense were similar!! In another occasion, both Deepika and Sonam wore a pale peach saree with a black netted blouse.

Yes, the only difference was that Deepika opted for a sleeveless blouse while Sonam had a three-fourth sleeve blouse. Deepika had a pony while Sonam flaunted a bun.

But their looks were too similar!! 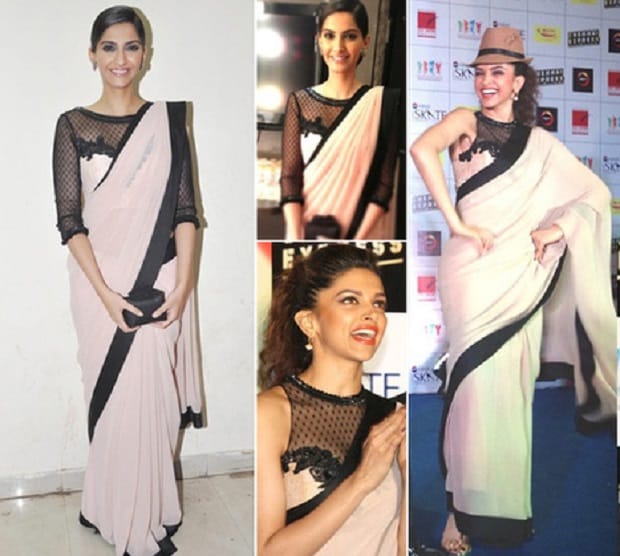