Sonam Kapoor and Deepika Padukone are two of the most amazing and talented superstars of the Hindi film fraternity at the moment and not many people know that the two of them literally started their big Bollywood journey on the same day in 2007. While Deepika Padukone charmed the audience with Om Shanti Om opposite Shah Rukh Khan, Sonam Kapoor made her presence felt with Saawariya alongside Ranbir Kapoor which also released on the same day.

From young and inexperienced actresses to modern-day style divas and fashionistas, both Deepika and Sonam have truly come a long way forward in their lives. The best quality about the two of them is that they have the ability and charm to look smoking hot and suave in literally anything that they wear.

Both of them have a common fancy for the stylish high chic bell sleeve outfits and hence today, we show you some of their best moments which will inspire you to try out this style. Check out below and keep admiring – 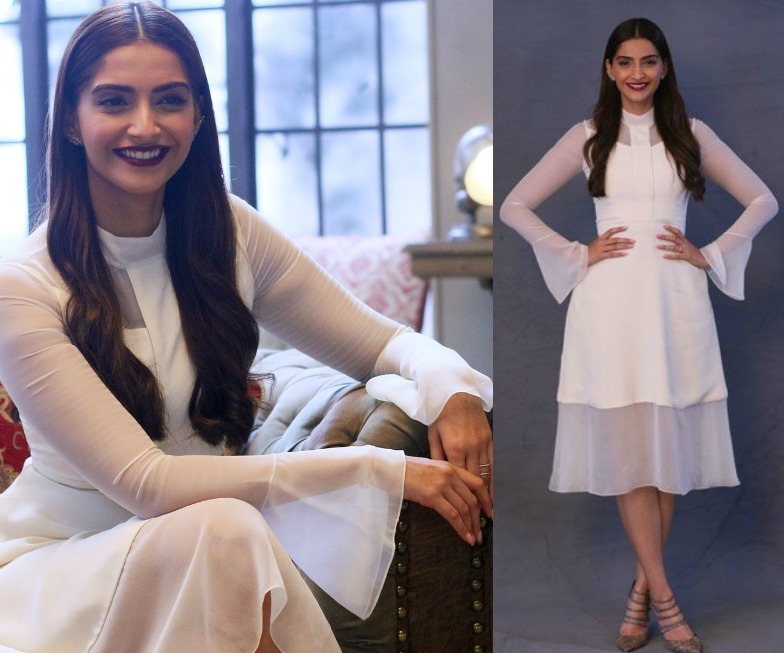 Also Read: 3 Times Deepika Padukone and Ranveer Singh appeared in most unique style at award ceremonies, have a look

Rock The Stripes: In love with the red & white pattern-stripe fashion? Learn the swag game from Deepika Padukone and Aishwarya Rai Bachchan

6 Years Of Piku, Unknown Facts About The Film

Munmun Dutta Vs Jennifer Winget Vs Surbhi Chandna: Who Is Your Festive...

Pandya Store fame Akshay Kharodia reveals his ‘dress to kill’ on a...

Disha Parmar's Instagram Looks Are Full Of Glamour, These 5 Looks Of H...