Let’s have a good look at the stunning Gigi Hadid looking gorgeous in Beige Dresses.

The Victoria’s Secret Angel Gigi Hadid has one of the best sense in fashion when it comes to celebrities’ fashion games. The American model was born on 23rd April 1995 in Los Angeles, United States. The gorgeous model made her debut in the Top 50 Models ranking at Models.com in the year 2014. Hadid has walked for numerous big designers and brands over the years.

The model started her modeling career when she was only two years old and was discovered by Paul Marciano of Guess Clothing and now Gigi is among the top models in America.

The model has a great sense of fashion and comes up with the best streetwear looks. Gigi’s off-duty looks are equally stunning and fashionable. The model is seen rocking her streetwear looks quite often and gives off major outfit inspirations to all of us.

Along with casual streetwear looks, Gigi never misses to stunned us all with her glamorous looks in gorgeous dresses and gowns. The supermodel treats her fans whenever she wears a dress. The model looks amazing in dresses. When talking about dresses, Gigi particularly owns beige color, the model looks mesmerizing in her beige dresses. Gigi owns some of the most pretty beige dresses that complement her body and personality perfectly. Gigi looks stunning in beige color and she surely knows it. 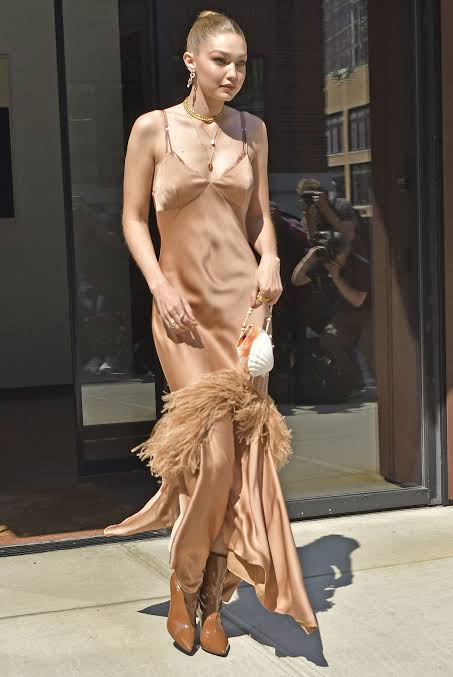