Young and stunning Kiara Advani succeeded in stealing the thunder with her good girl avatar in the film Kabir Singh. She also garnered a lot of positive reviews for her performance.

Kiara has always been one of the offbeat actresses. Kiara is already making headlines for her sartorial choices.

Unlike many celebrities, Kiara is mostly spotted in simple outfits. When it comes to ethnic wear, Kiara looks no less than a royal princess in stylish lehengas and saris. The actress always makes sure her fashion game on point. She deserves to be called the fashionista of youngsters.

Kiara has also managed to show her versatility as an actress. The entire nation swooning to her mesmerizing pictures. Be it a photo in a bikini or be it a fishtail gown, she is known to kill it in all.

You tell us in which look she is looking hot? 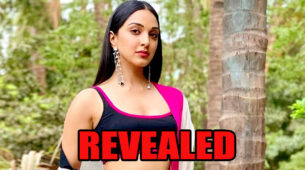