Amala Paul, who mainly appears in Tamil, Malayalam and Telugu films, is one of the popular beauties in the south film industry. Amala became noted after playing the title role in Mynaa. Following the success of the film, Amala became touted as the new top star as she subsequently signed on to several prominent projects.

Everyone is aware of Amala being the perfect example of beauty with brains. She has a great sense of style, which is always on point. She always manages to stun her fans with a variety of diverse looks, be it on the red carpet, onscreen or an everyday look. She always has a beautiful smile and confidence on her face, which makes her even prettier and attractive.

In a major throwback picture, Amala Paul was seen donning an orange gown at Lulu Fashion Week And Award. Her stunning look was praised by her fans and followers. Today, we bring you her gorgeous look, check below! 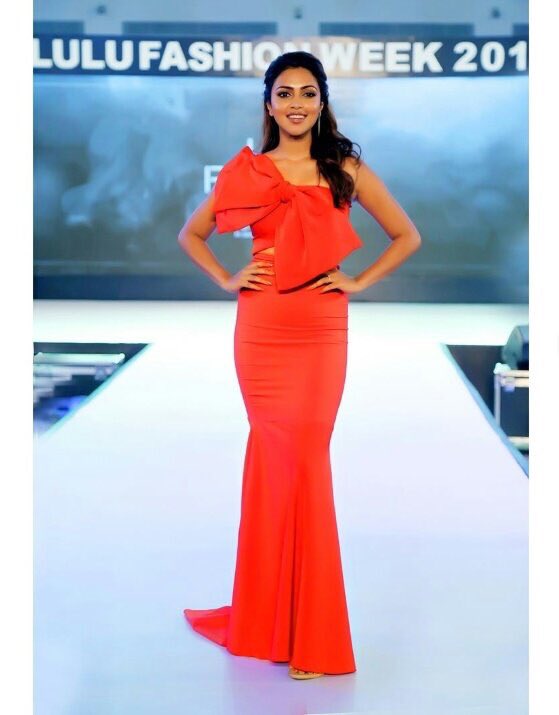 Lessons from Amala Paul to look striking hot in a saree

Most Stylish And Striking Looks Of Amala Paul Are Here

Rashmika Mandanna, Samantha Akkineni and Malavika Mohanan Are Giving U...

Anushka Shetty Vs Jyothika Vs Samantha Akkineni: Who Looks Hottest In...

Kriti Kharbanda In Yellow Dress with Yellow Heels Looks Like A Sunshin...