Take a glance at the jaw-dropping looks of Kendall Jenner from 2015!

Kendall Jenner is a model and a social media star who enjoys widespread fame and recognition throughout the world. The young star has the whole world crushing over her looks. Today we travel back in time to see some throwback pictures of the diva from the year 2015. The look that tops the list is her birthday look. Kendall looked like a bombshell in a custom-made Sergio Hudson black jumpsuit. The black jumpsuit had an incredibly low neckline and was belted around the waist. The social media star brought in her birthday looking like a total stunner and we cannot get over her sassy 20th birthday looks. To accentuate her looks, she wore a bold red lip color and tied her brunette hair into a messy high bun. Kendall Jenner won our hearts with her sophisticated grey monochrome looks in 2015. The 25-year-old diva donned a grey bodysuit was matched with grey formal pants and a cape blazer along with matching grey pump heels and classic shades.

In October 2015, Kendall attended the Shiatzy Chen show during the Paris Fashion Week. For the event Kendall slew in a blush pink sheer blouse that was so classically styled with a metallic mini skirt and silver metallic boots. With dewy makeup and a high ponytail, the diva completed her stylish look for the event.

For the Channel Show that was held in 2015, Kendal made a style statement in a black jumpsuit styled with a light beige trench coat and a Prorsum scarf. Take a glance at the jaw-dropping looks of Kendall Jenner from 2015. 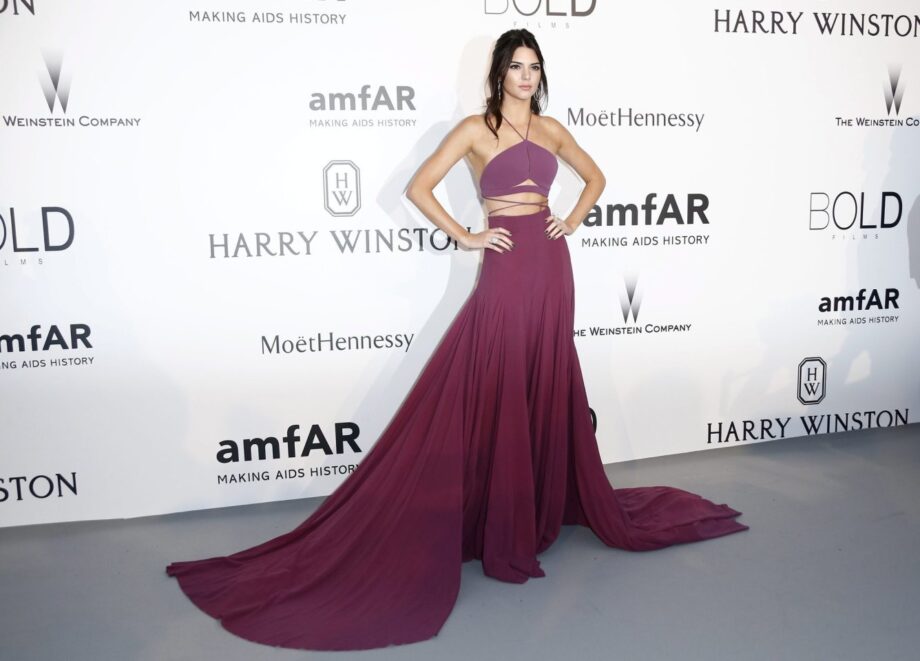 Kylie Jenner Vs Kendall Jenner Vs Kim Kardashian: Who Has Got the Best Toned Legs?

Kendall Jenner vs. Bella Hadid: Their first red carpet looks vs. now, will completely stun you