Bae Suzy the talented South Korean singer and actress was a member of the girl group Miss A. Suzy made her acting debut with the television series Dream High. She has featured in many TV series which gave her name and fame. Suzy turned out to be a great host, and has hosted many events related to music and music award ceremonies. Her film debut was with Architecture. Her digital single as singer Dream broke all records.

Bae Suzy is actually the first Korean female celebrity to have her wax statue at Madame Tussauds.

Her solo debut with the album Yes? No was huge for her.

In addition to being an actress and singer, she has seductive looks that make her the hot icon.

We bring to you a collection of Bae Suzy’s glam sexy looks via pictures.

Also read, Jennie and Bae Suzy: Who is HOTTER? 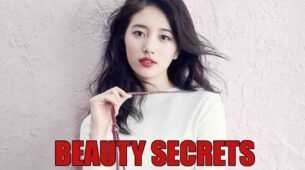