Pamela Anderson's Affairs With PHOTOS: Know Whom She Has Dated Before | IWMBuzz
Subscribe Now
Lifestyle | Love and Relationships 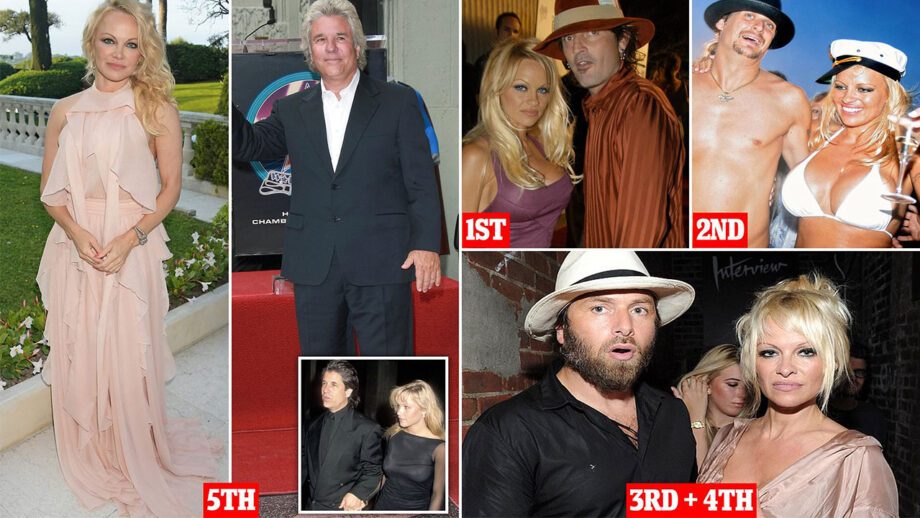 Pamela Anderson has had a massive slice of cake when talking about her love life and relationships. The 52-year-old famous iconic star has been majorly in the limelight not just for her work in Baywatch and face of Playboy magazine but also many affairs and scandalous divorces throughout her life. Here is a small peep in some of the most prominent affairs she has had with men and women she had her hands on.

Jon Peters and Pamela Anderson were together but did not tie the knot. They traveled together and celebrated with their sons and daughters, but they ended their relationship later. Jon Peters was 22 years older than her and have known one another for more than 30 years. But Jon Peters was the back-up for all her post-breakups. In 1944, Pamela Anderson, after her breakup with Jon Peters, started seeing Bret Michaels. He was the lead singer of Poison. After Bret Michaels and Pamela Anderson called it split 11 years later, a sex tape was made viral, but luckily, they managed to get hold of it before it became viral. If you want to see what rushed into marriage looks like, it was Pamela Anderson and Tommy Lee’s relationship. Just 96 hours of their meeting, they decided to get married. This even had a sex tape leaked and became one of the most downloaded for a long time. They divorced in 1998 after he physically abused her. Pamela Anderson is known to have had affairs with many men over the two decades. But there are only a few known as she never revealed the full list of who she has dated.