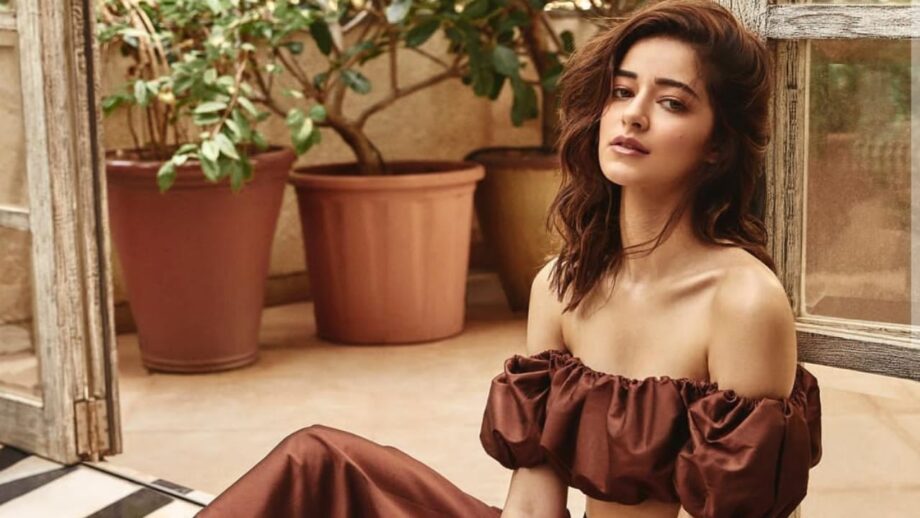 Ananya Panday, daughter of Chunky Panday joined the film industry in 2019 with her movie, Student of the Year 2. While the movie didn’t get the same recognition as the prequel, it opened many doors for the actress. She went on to work with the actor from the prequel in her next movie. She starred in the romantic comedy Pati Patni Aur Woh alongside co-star Varun Dhavan.

She has been doing quite well with her acting career and her work with modeling. She even became a brand ambassador for Skechers India. Recently she posted a couple of stunning photos of her dressed in a sizzling co-rd set on her Instagram account that has her fans awestruck.

The co-ord set was a dark chocolate brown with no print and looks ravishing against her skin tone. The top was an off-shoulder crop-top with puffy sleeves. It was paired with an equally gorgeous high waist loose-fit pant. She left the rest of the look very bare to give it a natural allure.

She didn’t accessorize the look. She was even barefoot in the pick. She let her hair open and let it flow down her shoulders in wild waves. She left her makeup dewy and just as natural. She put on a nude palette, with a matt brown shade lipstick. The look was ravishing on her. Her fans were blown away by the look.