Chloe Moretz is an American actress who is known for her role in Desperate Housewives. She started her acting career by appearing in horror films like The Amityville Horror and Dark Shadows. She had her breakthrough in the movie Kick-Ass. Chloe Moretz has always provided her fans with different and various roles throughout her career, qualifying her as a versatile actress. One can also take some inspiration from her looks and outfits, especially her accessories like handbags. She has a beautiful collection of bags and pairs them with equally gorgeous outfits.

The first look features a shimmering outfit that is black and white. To complete the look, she decided to pair the outfit with a round quilted clutch from the brand Chanel. The next look has a blue button-up shirt on which she threw a black coat and paired it with black pants. The bag is beige with velvet in the front. It is larger than the earlier bag, which is appropriate for work. The long strap allows it to be a shoulder bag. 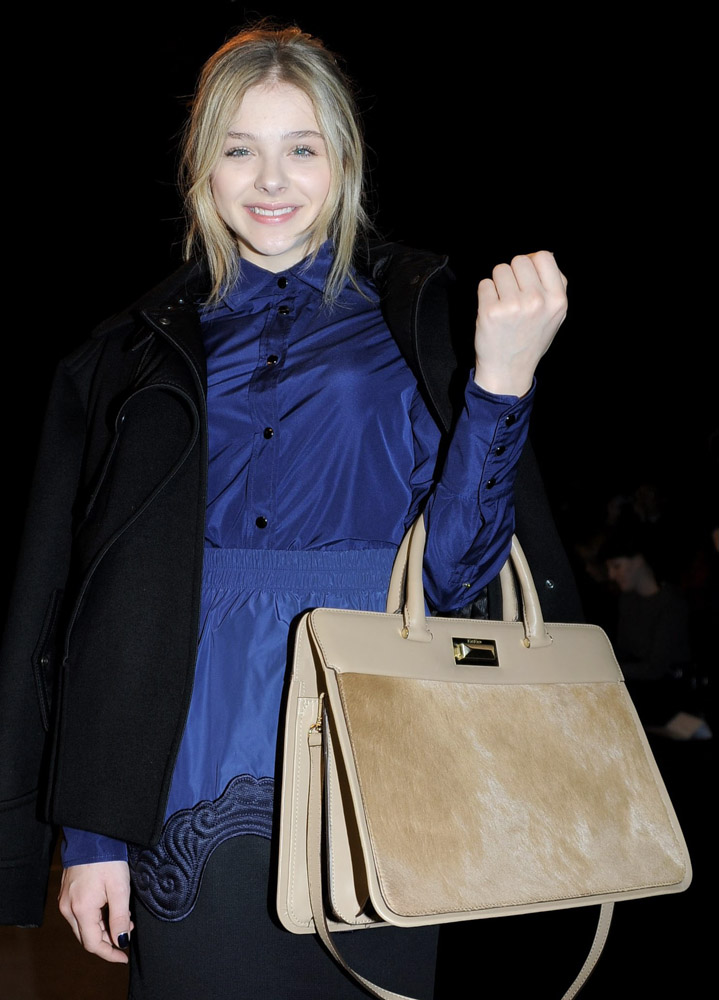 Salma Hayek is a Mexican- American actress, started her career at the age of 23 with a lead role in the Mexican telenovela Teresa which gained her fame in Mexico. She obtained awards for her accomplishments in the Mexican film industry, leading her to pursue her dream to work in Hollywood. In 1991, Hayek moved to Los Angeles and was offered a role in Desperado opposite Antonio Banderas. She has also worked in historical movies such as In the Time of the Butterflies based on the Mirabal sisters. Hayek has appeared opposite Matthew Perry and Will Smith in movies like Fools Rush In and Wild Wild West. Since the 1990s, Salma Hayek has been followed for her style and unique dress sense.

The first outfit is navy blue and green, which Salma Hayek has paired with a mini sling bag by the brand Saint Lauren. The bag is simple and chic with golden hardware and a flap. 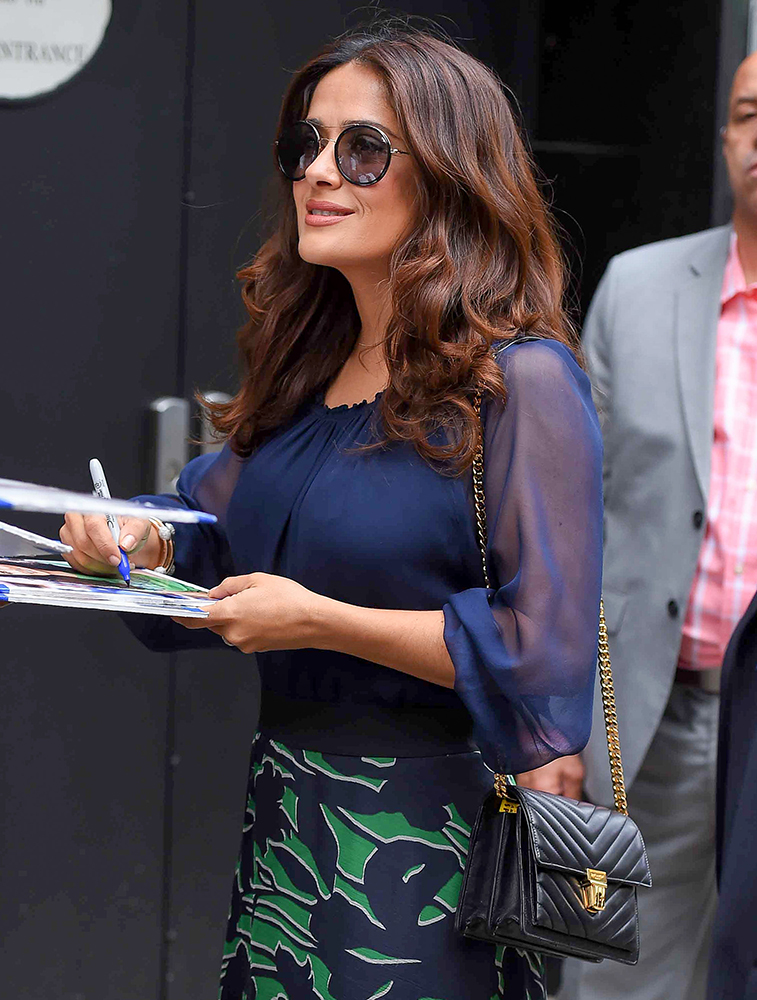 The second look features a cable flap Balenciaga clutch. This clutch creates a contrast with the all-black outfit and adds a pop of color to the look. 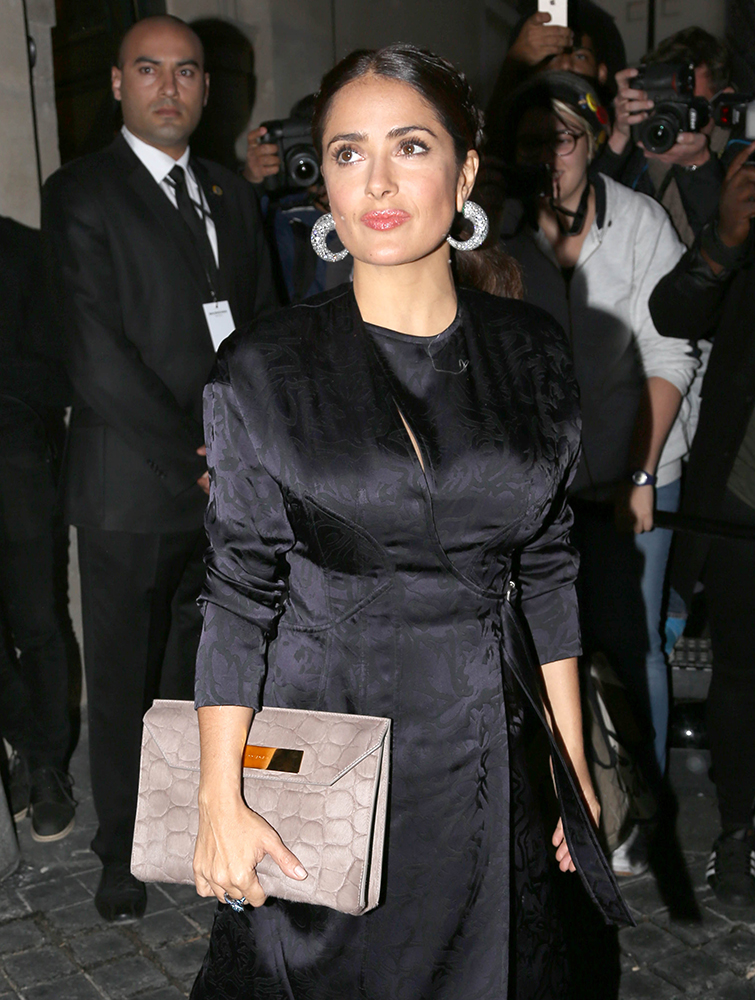