In conversation with Janhvi Kapoor 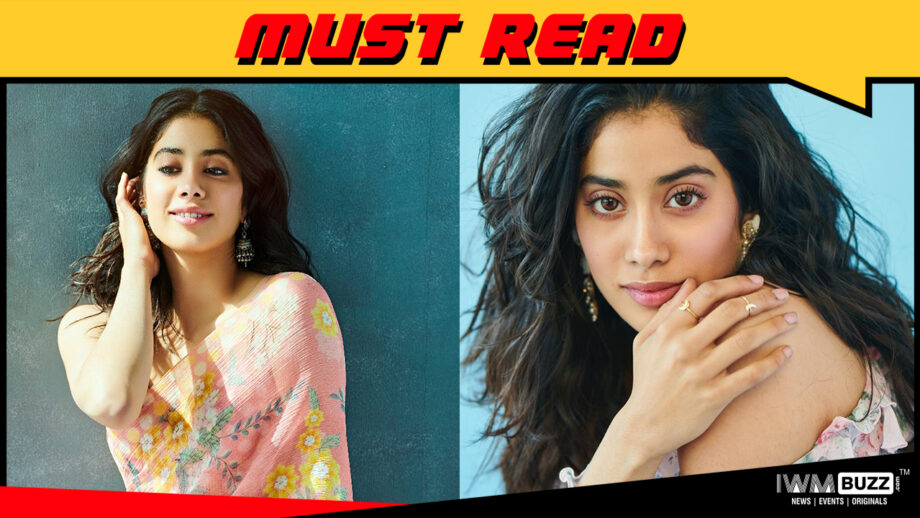 Janhvi Kapoor Fresh From The Triumph Of Gunjan Saxena, Tells Subhash K Jha She Has A Lot To Be Grateful For

Is it comforting to know the audience and critics have accepted you in Gunjan Saxena The Kargil Girl?

It is extremely comforting. All of a sudden there’s so much love coming in. I was on a call with my director Sharan Sharma just now. And we were wondering if all this love is for real.It will take some time for all this positivity to sink in. For the last few weeks we’ve been under so much pressure. I was focusing on that.

You mean the whole nepotism debate?

Yes.It is a fact that I got my first film Dhadak because of where I came from. I think all the debate and negativity helps me in a way to be on my toes. I don’t think I’d have worked so hard on myself in Gunjan Saxena if that pressure of proving myself had not been on me. Even now after all the positive reaction to my performance in Gunjan Saxena I would rather not feel everything is fine now.I’d rather be insecure about my future, as that helps me to grow as an actor and a human being.

How do you avoid getting bitter and hurt about all the abuse on the net?

(goes quiet) I don’t allow myself to get bitter about it. When my first film came I even got comments like..good that your mother is not around to see this…I can’t allow myself to get bitter or hurt. I’d rather see the criticism as an opportunity to better myself. I would rather live in a bubble where everything is okay and then try to improve myself.

Did you identify with Gunjan Saxena’s constant endeavour to prove herself at her workplace? Isn’t that what you are doing?

I wouldn’t want to compare myself with a war hero. But yes, this was point that my director and I discussed many times. I never thought people would see that point of comparison. But it is there. There’s a scene in which I tell my brother, ‘Main yahan apne qabiliyat se hoon’. As someone from within the film industry I have felt the hurt. It helped me understand my journey better.

You have been showered with compliments for your performance?

Reading some reviews I had tears in my eyes. I didn’t realize how much this acceptance would mean to me. We all say it is enough to work hard and that is enough of a reward. But we all need the audiences’ acceptance.

The praise came on your mom’s birthday?

Yes, that was a wonderful coincidence.I want to feel that she’s watching me, feeling pleased. If she was here she would have sent all the reviews to her sister in Chennai and other friends and relatives. Now my Pappa (producer Boney Kapoor) is doing all of that.

He has been both a father and a mother to you after Srideviji’s death?

Yes! I know her pride would have peaked watching me work so hard on the set. I think that would have meant more to her than even this praise that I’m now getting.

Didn’t it intimidate you to think you would be compared with the very best when you decided to become an actress like your mother?

I don’t know why, it didn’t occur to me. Maybe I was too naïve. Maybe I should have thought about it. But I do know I can never be like her. You know better than anyone else that no one can do what she could. I’d just be happy to select the right roles and do them my way. I’d never dream of trying to do it her way.

Any similarity between the two of you?

Apart from the genes,I am a switch-on-switch-off actress like my mother. During the shooting of Gunjan Saxena and my next film Roohi Afza I realized I am my best in the first take. My director would say,you do what you have to and then just blank yourself out in subsequent takes. Yeh lo! Maine apne hi ko first-take actress bol diya.

I am glad Roohi Afza is my next film. It gives me a chance to go into a completely different zone as compared with Dhadak, Gunjan Saxena and Ghost Stories. I am enjoying the process of discovery.

Does your father help you choose your scripts?

He is definitely there to guide me. So is Karan (Johar).I want every role to be an opportunity to learn and grow. To be honest, I am not yet in that stage of my career where there is a long queue of producers waiting to sign me.

Also Read:Raves Pour In From All Over The World For Janhvi Kapoor