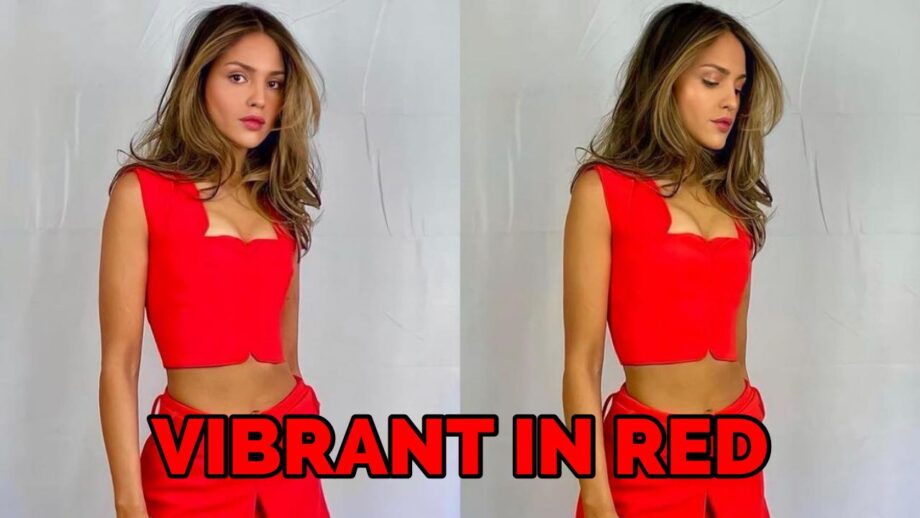 Eiza Gonzalez is a thirty-one-year-old Mexican actress. Even though she is prominently known for her acting Eiza Gonzalez is also a singer. She rose to fame after her debut role Lola Valente in the Mexican musical telenovela Lola, érase Una Vez. Eiza Gonzalez gained recognition for playing the role of Santanico Pandemonium in the American horror series From Dusk Till Dawn: The Series. She has gained immense success and popularity in her acting career. In this article, we are going to take a look at how stunning Eiza Gonzalez looks in the red outfit.

Eiza Gonzalez is one of the gorgeous actresses with the best taste in fashion. She hits the street looking like a runway model. Her beauty is beyond any description. With her amazing fashion, she makes sure she is the show-stealer.

Eiza Gonzalez has bombarded us with jaw-dropping fashionable looks, and honestly, we don’t mind at all. But this look of hers in all red is breathtaking. Eiza Gonzalez looks totally mesmerising. The hot red vibrant colour accentuates her beauty to the fullest. She is a stunner and this look proves it.

Here is the picture of Eiza Gonzalez looking appealing in the all-red look. Check out the picture below and hit the comment section to let us know what you think.

Also Read: Times When Eiza Gonzalez Looked Fashionable As She Stepped Out In Casual Outfits