Vicky Kaushal is the latest heart-throb Bollywood has found and his declaration of being single has all the girls going crazy over him! At the release of Uri, actor Vicky Kaushal stated that he is single (“akela”) but “ready to mingle with the audience on stage”, and the audience did not wait a second to react to that amazing news! Fans went wild when the Bollywood hottie expressed his singlehood and that he wouldn’t mind dating if he found the right firl. His Instagram stands witness to the girls’ reaction, because women have been going crazy ever since and going over to his Instagram posts and commenting their hearts out.

Not just handsome and blessed with rugged looks, Vicky Kaushal has won hearts by his acting skills and his on-stage performance arts as well. Being a part of some of the best Bollywood films like Masaan, Raman Raghav 2.0, and box office hits like Raazi and Uri: The Surgical Strike, he has struck a chord with critics and audience all at once, and in no less time as well. This young actor has made his mark with his entry itself and we know he is here to stay!

Vicky Kaushal was already the apple of our eye and the absolute crush of all the nations’ women but the fact that he is single has just racked up his appeal to them all! Women are going to be sure to flaunt their best looks and dress up absolutely fabulous if they get to be around him. He is afterall, the current heart-throb and absolutely desirable actor in the country and who wouldn’t want to be dating him right.

Instagram users even went as far as to comment “how our future kids will look like…” and “kuchh zyada hi adorbs hogaya yeh toh” on Vicky Kaushal’s post! No doubt he’s the new crush and is here to stay don’t you think? 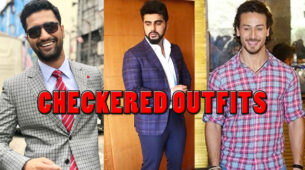 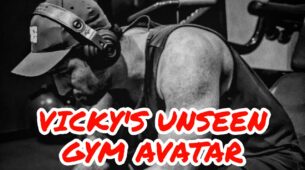 Hottie Alert: What does Vicky Kaushal do inside gym?