While the fashion police are always on crack to hunt down the latest fashion outing by our Bollywood divas, the stylish men in the industry are often paid dust. Unless you have someone has Ranveer Singh who manages the most outlandish outfits at every event he graces.

One such superstar who has his very own distinct and unique style is the Bhaijaan of Bollywood, Salman Khan. Over the course of his career, the actor has been known to sport various signature styles that have went on to become a fashion statement of their own.

From the 90s to present day, Salman has everyone charmed with his rugged looks and lover boy persona. Check out the different style trends that the actor set over the years. The ‘Tere Naam’ haircut: When the movie ‘Tere Naam’ was released with Salman’s character sporting long locks with a middle parting, it instantly went viral with basically every die-hard Salman fan copying the same hair cut. 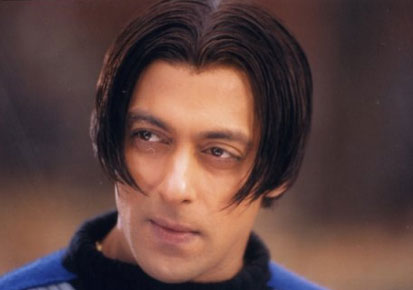 The turquoise bracelet: Everyone was after the turquoise stone silver bracelet that Salman is hardly seen without. Gifted his father, the actor has admitted the accessory is special to him. Ripped Jeans: The ripped jeans are largely in vogue now but Salman was one of the few ones who has sported this look back in the 90s.

Quite the fashion trendsetter, isn’t he?