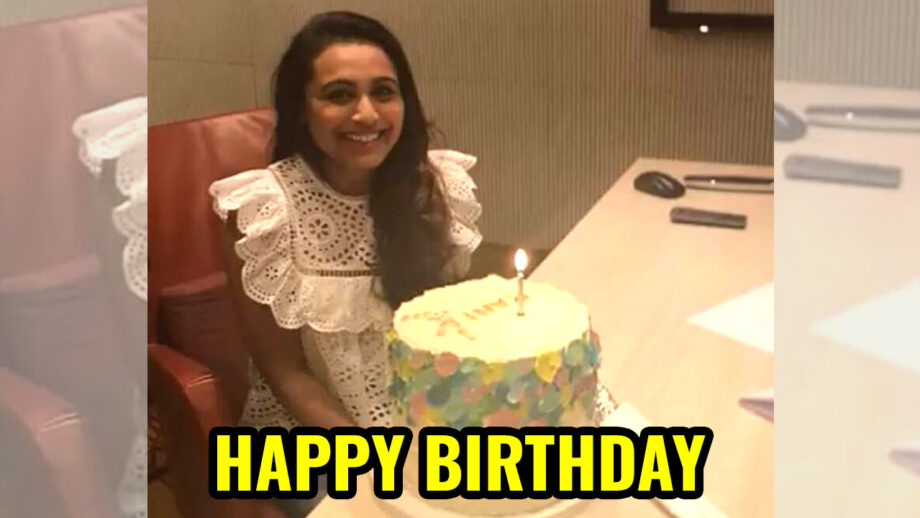 Though she was already one by then, the first time I met Rani Mukherjee I couldn’t believe she was a star. Short, and pretty plain, she walked into my good friend Akshay Kumar’s makeup room to say hello. They were both shooting in the same studio on adjoining sets…he for Khiladi 420 and she for Har Dil Jo Pyar Karega.

Akshay and I were having lunch with some friends when the door opened and Rani walked in wearing clothes that depict a typical party sequence in our films and heels so high they looked like stilts!

Rani being Rani, she shook hands with everyone in the room with a democratic smile and saved a special smile and a hug for the hero in the room. Akshay pulled Rani’s cheeks and they both exchanged warm glances.

When I met Rani again I reminded her of the incident. She listened with a non-committal smile. Obviously she isn’t expected to remember every person she has shaken hands with. Not if she’s Rani Mukherjee, the most gregarious girl in Bollywood.

Rani is genuinely friendly. Now that she is Mrs Aditya Chopra I don’t know whether she still remains the same gregarious girl that I once knew.

There was a time when you could ask anyone out there….They’d tell you Rani was one helluva friendly gal. Many people found her democratic friendliness a little hard to take and feel she lays herself out too thinly.

“Make no mistake, Rani is the cleverest girl in showbiz,” observed a senior actor once who has been around seen it all enough to be cynical without sounding bitter. “Rani’s mission in life is to be nice to everyone. But of course, she has an inbuilt hierarchy. The ‘nice’ that she extends to Karan Johar would be different from the ‘nice’ that she would be to Raj Kanwar. And the quality of niceness to Amitabh Bachchan cannot hold a candle to its counterpart with Akshay Kumar. ”

“But what’s wrong with being nice?” Rani once defended herself. “Sure I’m good with everyone. I’m naturally friendly. When I’m shooting I can’t sit in a corner after every shoot. Nor do I withdraw into my makeup room. I remain right there on the set, as the next shot is set up. What’s wrong with that? If people find my attitude fake…well, so be it. I’d rather be called fake than unpleasant.”

Interestingly Rani’s close buddies happen to be mostly men. Her friendship with Aishwarya Rai, Preity Zinta, and Kareena Kapoor came to rather inglorious ends with a lot of acrimony and accusation hurled both ways.

Whatever her modus operandi and its extent, it sure is working for her. She’s is the only leading lady of her generation to have worked with the likes of Sanjay Leela Bhansali, Mani Ratnam, and Yash Chopra, all within the same year. And she is the only heroine who married Yash Chopra’s son.

Shaad Ali who’s said to be half in love with her after their successful collaboration Saathiya, deserted close friend Vivek Oberoi for his second film Bubbly Aur Bunty and signed Rani’s favourite Abhishek Bachchan instead.

Every director loved to repeat her. After Mujhse Dosti Karoge one of the leading ladies Kareena distanced herself from what she thought was a disappointing experience. Rani stuck on. Director Kunal Kohli stuck on with Rani for his second film Hum Tum. Everyone wrote off this romantic comedy before release. Everyone has had to eat his or her words back. Hum Tum shocked the cynics by becoming the surprise success of the year.

Rani was a hot favorite with Aamir, has been so from the time they did Vikram Bhatt’s Ghulam together. She couldn’t do Aamir’s Lagaan. But jumped when The Rising fell into her lap Rani couldn’t resist.

And after hits like Saathiya, Chalte Chalte and Hum Tum to her credit Sanjay Leela Bhansali’s Black was the piece de resistance of Rani’s career.

“It’s her film. She’ll become a legend after Black,” her co-star Amitabh Bachchan had predicted fondly.

The Big B was right. When is he ever wrong. Once I met Rani was on the sets of my dear friend Sanjay Bhansali’s Black. She was into character and then her normal friendly self with everyone. Sonam Kapoor, then a wide-eyed assistant on the set of Black, was being given the motherly treatment.

After every shot, the two girls would plonk themselves comfortably on the floor and chatter away like two excited school girls.

The last time I saw Rani was at the Bhansali home. We were all in a celebratory mood after the success of Black. Rani had jumped on top of the sofa and danced in joy.

I haven’t met her since that historic day when Rani danced in joy on top of the sofa. But I hope now even as Mrs Aditya Chopra and mother to a lovely daughter, she retains the same zest for life. 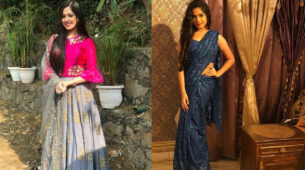 Jannat Zubair in Lehenga Or Saree: Who’d you prefer? 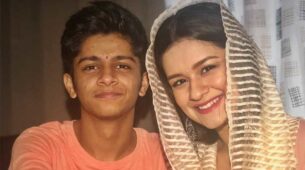