Irrfan Khan and Deepika Padukone have been an out of the league pair which feature in the masterpiece created by Shoojit Sircar. The star cast of the film, along with the veteran actor Amitabh Bachchan has this unusual pair in leads. The onscreen chemistry of the pair was superb. They were expected to reunite onscreen for director Vishal Bhardwaj production. The film was supposed to be titled Sapna didi. The film was supposed to be the adaptation book ‘Mafia Queens of Mumbai’ by S.Hussain Zaidi. It was based on the life and tales of Ashraf Khan, popularly gangster of Mumbai known as Sapna Didi. Deepika was to play the lead of Sapna didi in the movie and Irrfan was to play a negative character in the movie. The movie was to be directed by Honey Trehan.

But Irrfan Khan’s illness and his treatment in London kept the project at bay.

The reports haven’t made it yet clear whether this project will start any time soon and if it starts will it feature Irrfan Khan or not.

Deepika Padukone is very glamorous, sexy and one of the best actress in the industry presently. Her pairing with Irrfan makes a very unusual pair as he is one the most intense, intelligent and offbeat actors from the Bollywood film. Irfan is not a usual lover boy of Bollywood.

His characters in the film are usually intense which he essays with ease. On the contrary, Deepika is a quite bubbly and sizzling character.

The unconventional pairing in the film Piku made the headlines in the year 2014 and since then audiences are looking forward to the pair to come together onscreen. As such Piku was also not a typical love story and love angle was just one track in the movie. But the onscreen compatibility amongst the pair took everyone by surprise.

These both make a very unique pair that audience will love to watch again anytime soon. 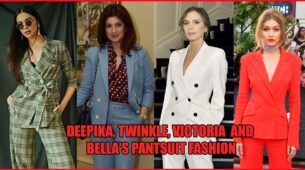