Manoj Bajpayee needs no introduction. The man is one of the finest actors of Indian Cinema. With two National Film Awards and a Padma Shri, India’s fourth highest civilian honor conferred upon him this year, Manoj Bajpayee is in a league of his own.

Born in a small village in Bihar, Manoj Bajpayee was the second of six siblings. His father, a father who never had a chance to fulfill his dream of going to medical school wanted all his children to complete college at least. Both of his parents were film fanatics which is where Manoj gets his name from, named after the actor Manoj Kumar. 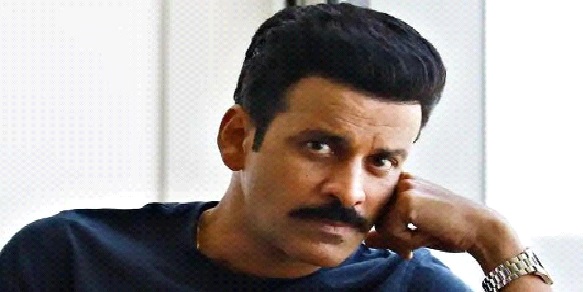 It was in school when Bajpayee developed an interest in performing, when he started loving reciting poetry. His teachers wanting to improve his social skills prompted him to participate in elocution contests and skits.

But the turning point came in for him when he watched Amitabh Bachchan in Zanjeer. That’s when he decided he wanted to become an actor. At the age of 17, he moved to Delhi to attend college – first to Satyawati and then to Ramjas College, Delhi University. During his university days, Bajpayee immersed himself in theatre and did street plays, stage productions to sharpen his skills.

However, his end goal was to get accepted into the National School of Drama and he was confident about it too.

Alas! He was rejected three times and spiraled into having suicidal thoughts. Fortunately, Raghubir Yadav convinced him to join Barry John’s acting workshop which is ended up taking. Impressed with his acting chops, Barry hired him as his teaching assistant.

Manoj went on to do many more plays and gained recognition for himself in the Delhi Theatre circuit. After being rejected 3 times by the NSD, when he applied for the fourth time, the school hired him as a teacher instead.

Bajpayee did a lot of small roles in movies before he landed his first role in the crime drama, Satya. The film did extremely well and Manoj was applauded for his performance. In fact, he received his first National Film award for the Best Supporting Actor for this movie.

Manoj Bajpayee’s contribution to Indian Cinema is invaluable and it is a delight to watch him every time he graces our screens. Birthday Special: Manoj Bajpayee’s Depiction Of Human Desolation in Aligarh Is The Best Since Jennifer Kapoor In 36 Chowringhee Lane