Ranbir - Deepika is surely a power Jodi of Bollywood looking at their amazing chemistry. Here are some of their movies together. Deepika Padukone is an actress and producer of Indian films. The highest-paid actress in India, with three Filmfare Awards being awarded to her. She lists the most popular personalities of the nation, and in 2018 Time named her one of the world’s 100 most influential people. Ranbir Kapoor is an actor and producer of Indian films. He is one of Hindi cinema’s highest-paid performers and has been on the Celebrity 100 list of Forbes India since 2012. Kapoor has been awarded several prizes, including six Filmfare Awards. Yeh Jawaani Hai Deewani: – An Indian romantic drama film made by Karan Johar and directed by Ayan Mukerji, written by Mukerji and Hussain Dalal. The stars in the roles of Ranbir Kapoor and Deepika Padukone. It stars in roles with Ranbir Kapoor and Deepika Padukone. This is their second film after Bachna Ae Haseeno in 2008. The roles of Kalki Koechlin and Aditya Roy Kapur. Madhuri Dixit appears in Ranbir Kapoor’s item number. The film was initially scheduled to be published in March 2013 and was published on May 31, 2013. It was a successful box office after it was released. Yeh Jawaani Hai Deewani has become one of India’s largest grossing movies ever. It was also up to that time the tenth largest grossing Bollywood movie in foreign markets.

Along with these movies, this Jodi has also worked together in another movie Tamasha.

So, here’s the reason, whensoever they launch a film together, the film is always a box office hit. Ranbir-Deepika makes a power couple of the box-office. #Virushka Love Moments that will give you #relationshipgoals Shahrukh-Kajol: The Powercouple of Bollywood 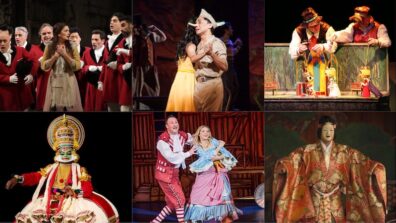 Aamir Khan and Kiran Rao: The Power Couple of Bollywood