Breaking the stereotypes is quite synonymous with actor Ranveer Singh. He is being remembered by Indian youth for the way he changed the men's fashion in the country. His queer style and dressing sense have been the talk of the town ever since he became the heartthrob of millions through his impeccable acting skills. His dressing sense at a time seems to be quite strange that puts the fashion police at alert.

He is ill-famous for flaunting every attire with the confidence and carefree attitude. But he can be spotted disappointing at times with his fashion game that ranges from wearing a spacesuit like attire or being dressed up as a Mario, the character from the game. 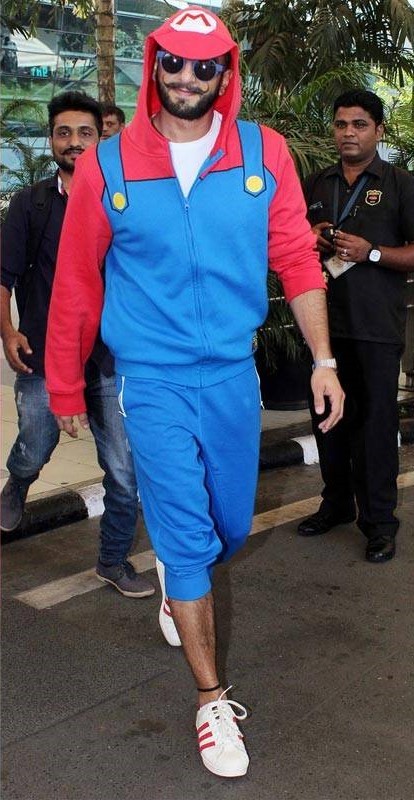 He has tried with every strange combination and he went off the limits when he posed for paparazzi with the pair of floral printed bottoms which wasn’t appealing enough.

It was quite unfathomable. His purple pink floral bottom was very painful to look at. 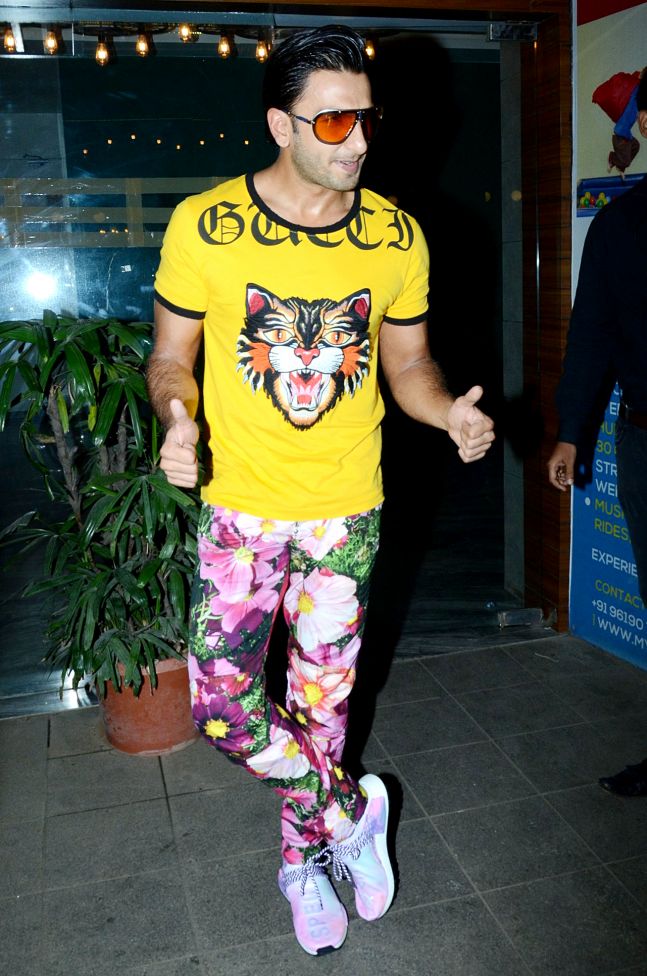 Breaking the conventions earlier too, Ranveer Singh has donned many strange combinations which could remind onlookers of veteran actor, Govinda who is famous for wearing absolute contrasting colours.

Probably inspired by him, Ranveer once was also spotted at an airport wearing colourful pink and yellow jacket by Adidas. He paired it with normal off White track pant from the same brand and yellow shoes.

Along his attire was strange glasses in which he looks like a man stepped down from another planet. 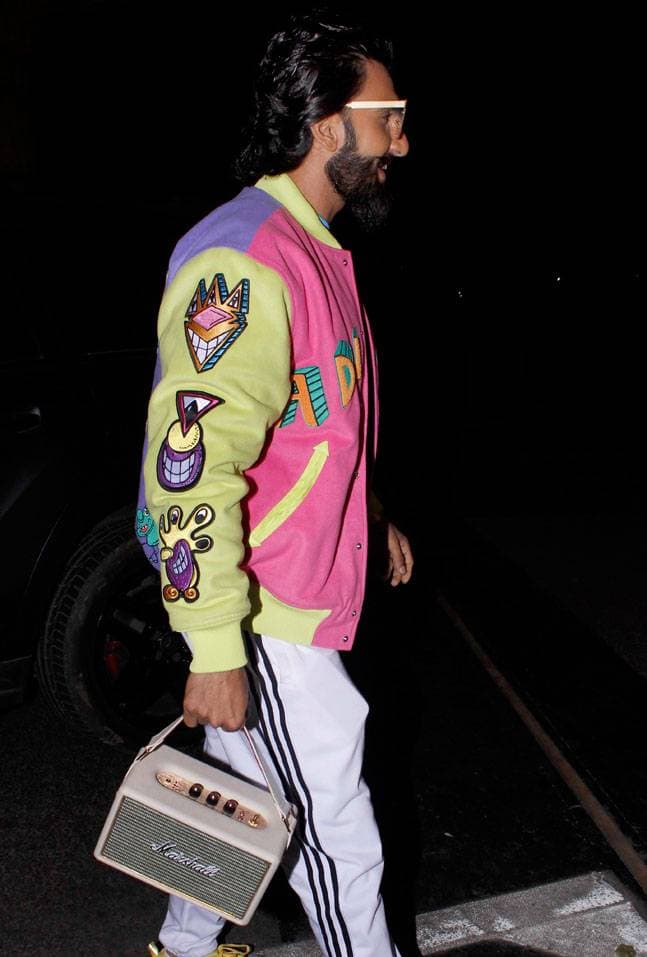 The Looney characters printed on his sleeves and the vintage Marshall radio, he was carrying along with him completed the look.

But the actor is always so carefree about his looks and critics comment it that his spirit never seems to die for experimenting with his looks and attires.

Otherwise, Ranveer is a paparazzi favourite. He is happy to pose for camera and his fans, loves clicking selfies with them and waving out. He is mostly responsible for grabbing the attention from B-town Divas onto him with his simple yet draper attires. 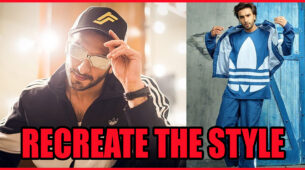