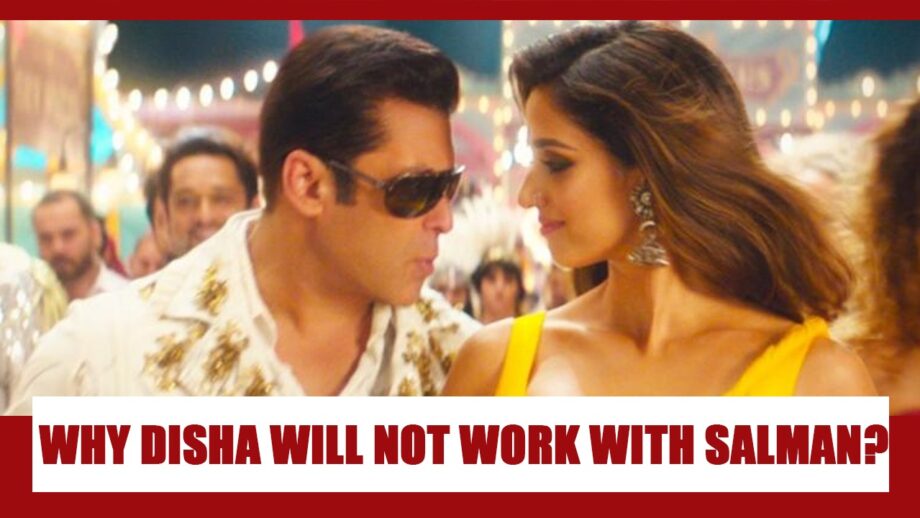 Disha Patani is that one name in the Hindi film fraternity which has become synonymous to the word ‘hotness’. The last 5 years have been fantastic for Disha and not many actresses have been blessed with the opportunity to be working alongside the one and only Salman Khan within two years of her debut in the industry. But Disha did get that big break in the form of Slow Motion song in Salman Khan starrer Bharat and not just that, she’s next working with Salman Khan in Radhe which fans anticipate to be Bhai’s biggest movie after Wanted.

But readers, do you know Disha Patani feels she will never work with Salman Khan again? Well, as per reports in Hindustan Times, during the release of Bharat, Disha expressed her fear and said that it is due to the big age gap between Salman and her, she feels she might never get to work with Salman Khan again. She also said that this was one of the biggest reasons why she said yes to her song in Bharat.

Well Disha, after Bharat, you have got the opportunity to work with Salman Khan and fans will certainly want you to work with Bollywood’s beloved Bhai all the way more. Perhaps have some change of thoughts? For more updates, stay tuned to IWMBuzz.com