Kareena Kapoor and Saif Ali Khan are a royal couple in the truest sense and the romantic moments between them are on a whole other level. Bollywood is a place where relationships are fleeting and love can be hard to come by. So it makes us exceptionally happy with two successful individuals, at the top of their professional game, find happiness and love. Kareena Kapoor Khan and Saif Ali Khan are two of those individuals.

Saif, son of cricketer Mansoor Ali Khan Pataudi and actress Sharmila Tagore, is Bollywood’s own Pataudi prince. Kareena Kapoor Khan, née Kareena Kapoor, is an accomplished, absolutely stunning and well respected Bollywood actress. And when the two got together, fans were quick to rejoice for Saifeena.

Saif and Kareena were first paired together in the multi-starrer LOC Kargil in 2003 and then worked together in the award-winning movie Omkara in 2006. But during this time, Kareena Kapoor was with Shahid Kapoor. However, as fate would have it, Kareena and Saif were paired together once more for the 2008 movie Tashaanand as reports said, the pair got quite close – enough to make Shahid uncomfortable. Shahid and Kareena soon parted ways and news of Saifeena’s relation followed soon after.

And when the couple decided to take the dive and tie the knot in 2012, the internet broke. Saifeena’s wedding was labeled the wedding of the year, with all eyes on their wedding preparations. They managed to keep it a private affair but according to sources, it was quite the nawabi affair.

The diva and hustler that she is, Kareena Kapoor Khan managed to stay professionally and personally active right until she started showing and even then! It was a major aww moment when pictures of Saifgiving his wife a kiss after the delivery and little Taimur tucked in his mother’s arms, surfaced.

Taimur Ali Khan has become a sensation in his own right, thanks to the paparazzi while Saif and Kareena are doing great professionally. Saif is currently working on Netflix’s Original Sacred Games: 2 which is eagerly awaited. 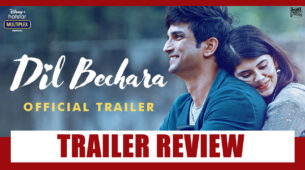