Learn more about Sachin Vashist, a top model having his name attached to top brands Sachin Vashist was only 17 when he entered the field of modelling. Once he decided to enter into this field, he joined a two years Modelling & Camera Acting Diploma course from Dreamshot Acting & Modelling Institute, which shaped his personality as per market requirements. With his great looks and talent, he was able to attract top brands and thus remained the part of the many modeling assignments for companies like Amazon, Flipkart, Mairox, Snapdeal, Inkbony to name a few.

His popularity started growing when he made his presence on social media platforms like Instagram where he was able to flaunt his body and personality with great aura thus multiplying his fans and followers. If you check his Instagram handle itssachinofficial, you will be amazed to see how smartly he has managed to get a whopping amount of fans. He walked on ramps and got featured in many commercial ads as well and everywhere he was able to impress one and all.

While he entered in the field of modeling, it was a learning stage for his life as he experimented in many things including photography, exploring different styles, learning from style icons and fashion gurus. These things helped him depict and ooze confidence on his face and everything which he now brings out is the byproduct of the efforts he put in his initial days. He has further expanded his horizon to short films and theaters as well and going great guns in it. 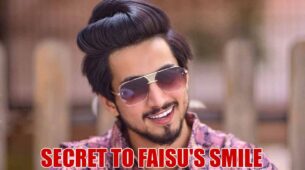