Is Sara Ali Khan overrated or not? 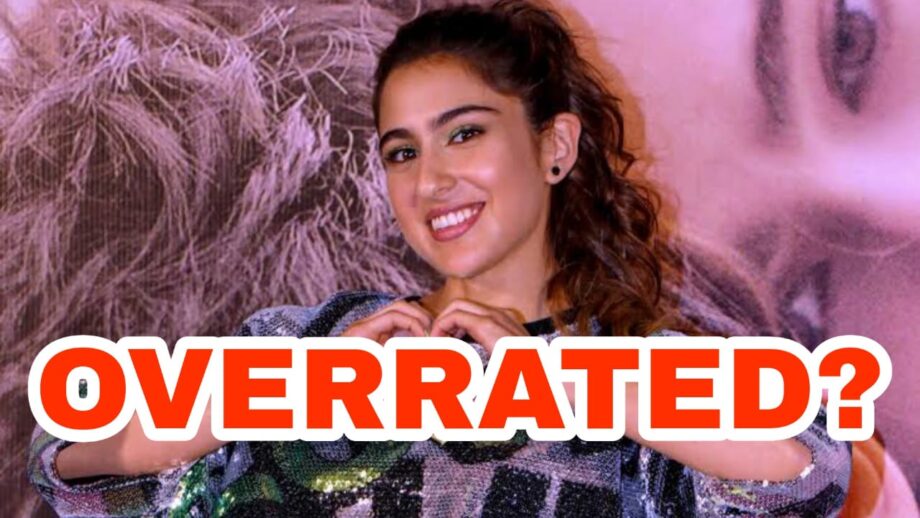 Sara Ali Khan has had a fantabulous time in her career till now. She made her smashing debut in the year 2018 alongside the late Sushant Singh Rajput in Kedarnath and followed the box office success with movies like Simmba & Love Aaj Kal. Although just three movies old in the industry, Sara Ali Khan is quite remarkable when it comes to popularity and fame and no wonder she’s one of the biggest influencers on social media at the moment.

In today’s time and age where the internet plays a huge role, we often get to see some intense fan wars on social media and more often than not, the subject of those wars is the stars themselves. While one section of the audience feels an actor is genuinely good, another feels he or she is overrated and not the best of actors in terms of quality and potential. Sara Ali Khan too has not been spared from his social media war.

So, which side are you in? Do you think Sara Ali Khan is overrated or is she not? Let us know your views in the comments below and for more updates, stay tuned to IWMBuzz.com