Jodis with their chemistry and bonding rock the show entirely. Let us see who Between shahid-Kareena and Shahid Priyanka shares crackling chemistry. Shahid and Kareena have made a fabulous pair in Bollywood movies. The pair was reported dating for many years before parting away which broke their fans heart too. The couple shared great onscreen and off-screen crackling chemistry that made then ‘IT’ couple then.

Many interviews and reports claim Kareena Kapoor admitting their relationship of being more than just the friends. 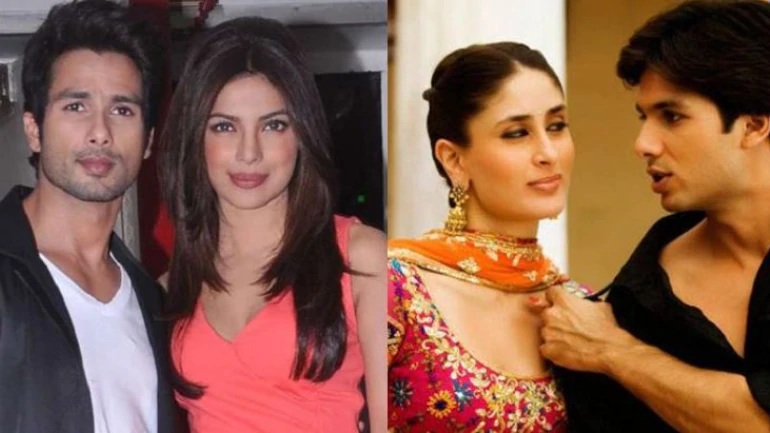 The couple first film was ‘Fida’ in the year 2004 and the last was ‘Jab We Met’ in 2007.
In both, the movies Shahid enacted as a chocolate boy and Kareena acted pretty and witty girl character. Their love story extended from the reel life to real-life soon. They worked together in the movies like 36 China Town, Chup Chup Ke and Milenge Milenge.

Their hit came at the box office with ‘Jab We Met’. But the relationship between the stars came to an end, abruptly, by the time the film’s shooting summed up.

The pair get together to work in the film ‘Udta Punjab’ but there was no screen space sharing among the stars in the film.

Both of them together have made a super-hot and the most crackling couple whom the audiences will love to watch again as a Jodi.

Shahid Kapoor and Priyanka have worked together for films like ‘Teri Meri Kahani’ and ‘Kaminey’ in which both of them shares great onscreen chemistry as a romantic couple. Shahid and Priyanka were paired opposite each other first time in 2009 movie Kaminey that revolves around gangsters, cops and politician. The movie was the big hit and the pair became the talk of the town.

Later the pair was repeated in ‘Teri Meri Kahaani’ which was also a love story depicted in three time periods 1910, 1960 and 2012 and was spread across three cities. The film was not a big hit although the chemistry was appreciated among stars.

The couple made a superb pair on-screen with their natural acting and simple looks.
Certainly, Shahid and Kareena make one of the most sizzling pair that Bollywood junkies will love to repeat watching onscreen. 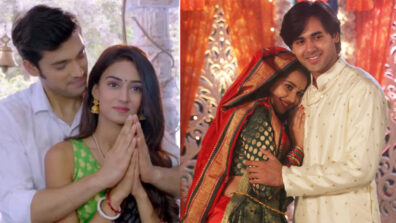 Sameer-Naina vs Prerna-Anurag: Which TV Jodi has the Best on-screen Chemistry? 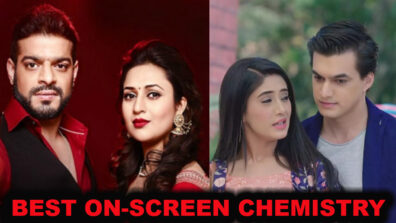 Raman Ishita vs Naira Kartik: Who's got the best on-screen chemistry Shaheer Sheikh and his gift of love