Check out the biography, education background, and net worth of Sharon Stone! Sharon Vonne Stone, is a great American actress, a former model, and a producer. She has done movies Basic Instinct (1992), Casino (1995), Total Recall (1990), Basic Instinct 2 (2006), and many more. A fashion model to begin with, Sharon took a shift to the acting industry later. She has been one of the Hollywood actresses since the 1980s. Sharon Stone has also been nominated for Best Actress Award in Academy Awards for her performance in the Casino (1995), by movie Martin Scorsese. Sharon Stone has also faced a lot of criticism but has also got appreciation too. She has grabbed the Emmy Award and a Golden Globe Award with her own abilities.

Sharon Stone completed her high school education in 1975 from Saegertown High School in Saegertown, Pennsylvania. Later she attended The Edinboro University of Pennsylvania, as well. She became Miss Crawford County, Pennsylvania, and participated in Miss Pennsylvania as well. One of the judges there told her to quit her school and shift to New York and look for a career as fashion model. She left her degree in the middle in 1977 and moved to New Jersey to live with her aunt. But later in 2016, she got her degree from Edinboro University after getting inspired by the American politician and writer, Hillary Clinton. Sharon Stone has got a net worth of $60 million, according to the Celebrity Net Worth site. 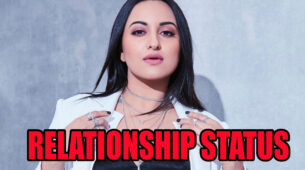