We will see, is it SRK or Salman , opposite Kareena Kapoor, which pair shares a crackling chemistry on-screen. 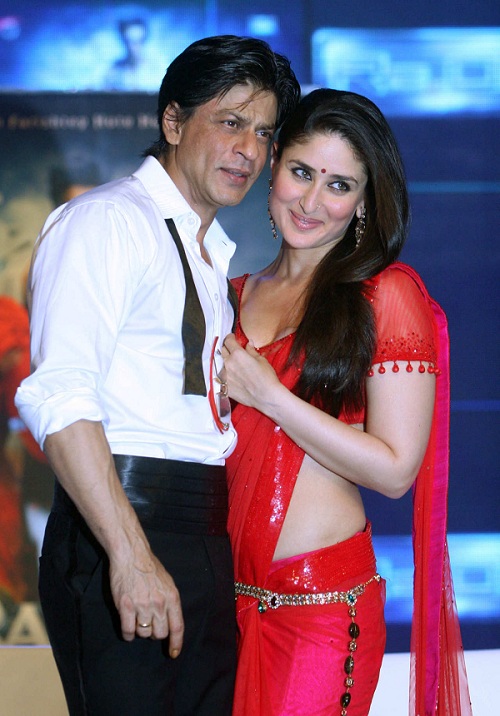 Asoka which released in 2001 was the first film of SRK-Kareena pair. It was historical drama with SRK and Kareena in the lead role. This story was basically based on life of Ashoka Maurya played by Shah Rukh and Kareena played princess Kaurwaki. The chemistry of this pair was great to see. Asoka-Kaurwaki pair was loved by the audience.

In 2011, we saw this pair again the movie Ra-One in which Shah Rukh Khan plays a unique character of a game warrior G-One and Kareena plays a wife of the game-developer(also played by SRK) Sonia. Audience loved the plot of the movie and also the lead pair G-One and Sonia. The Salman-Kareena chemistry was amazing to watch in the movie Kyun Ki. In which Salman Khan portrays a mentally unstable patient in the asylum and Kareena plays a doctor in the asylum, who slowly develops feelings for Salman’s character and the story moves along to a emotional Climax. Everyone loved the plot of the movie and so was the lead Jodi loved.

Bodyguard is another movie in the list of Salman-Kareena pair. The love story in this movie was unique. Salman Khan playing the Bodyguard of Kareena. The story goes forward with a lot of twists and turns until the end where The Jodi finally gets together. This chemistry was also amazing.
Kareena also shared screen with Salman in the movie Bajrangi Bhaijaan and some more.
Tell us in the comment section which Jodi has the crackling chemistry.