Take a look at the times when Scarlett Johansson stunned the world with her princess looks.

Who doesn’t like the character of the Black Widow? We are a fan of the Avengers character because of the hard work of Scarlett Johansson, who took efforts to portray the kind of bold and strong role. Scarlett Johansson is one of the great actresses in Hollywood, who has impressed several with her mettle performance in all her films and projects. Scarlett Johansson was born on 22nd November 1984 in New York, America. From a very young age, Scarlett started her career in acting, with her debut in an off-Broadway play as a child artist.

Johansson shifted to adult roles in 2003 along with her performances in Lost in Translation, which gained her a BAFTA Award for Best Actress. She was nominated for Golden Globe Awards for those films, and for portraying a stricken teen in the drama A Love Song for Bobby Long, and also as a seductress in the mental thriller Match Point in 2005. In the year 2010, she started playing the role of Black Widow in the Marvel Cinematic Universe with Iron Man 2, which gained her vital acclaim.
Scarlett Johansson has shown up on the red carpet looking like a complete princess almost every time. She mesmerized her fans with her different royal looks and here is a gist of those stunning outfits. In the first look, Johansson looks like the queen of mermaids in this beautiful aqua blue metallic shine gown. The gown has a fish cut pattern, which is bodycon from top to the thighs and flares from the knees. This gown has a plunging neckline and extra details which helps create the illusion of hips and curves. 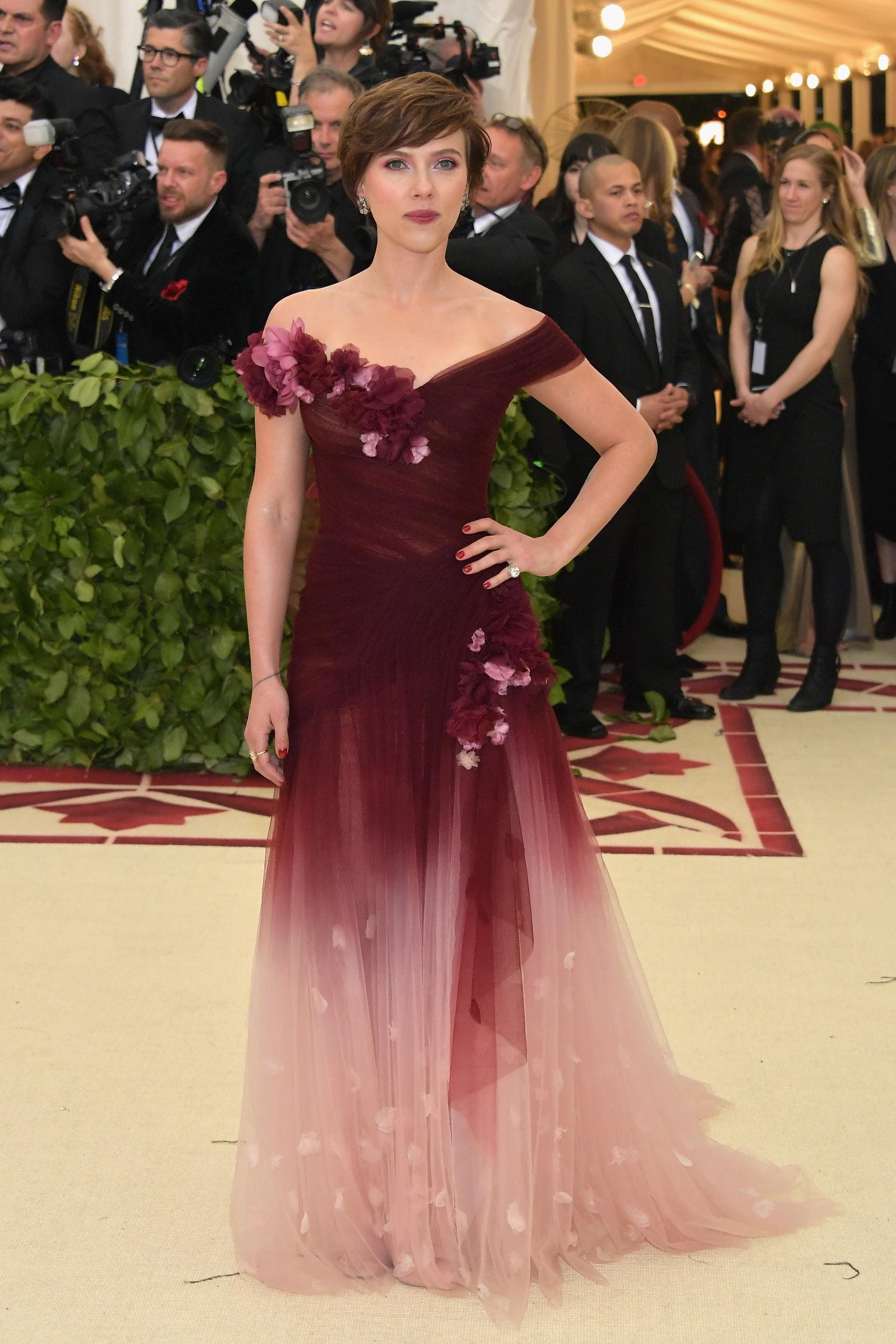 The next look of Scarlett Johansson is dreamy. She is donning a burgundy and pink tulle gown. The entire gown is made of tulle, which has flower details on it. The gown fades into a pastel pink giving us an illusion of Scarlett floating in the air. Scarlett Johansson is slaying in her black gown on the red carpet. The gown is a bodycon dress with a trail and has off-the-shoulder sleeves with a sweetheart neckline. She paired the gown with an emerald green studded necklace.