Actor-activist Sonu Sood is unfazed by trolls who are questioning his commitment to providing a helping hand to the needy all across India.A troll recently tried to prove that a tweet asking for Sonu’s help was a work of manufactured distress.

Sonu responded by sending screen shots of surgery appointments from the hospital and also took a potshot at the doubter by retorting that he should at least send flowers to the needy after surgery.

When I caught up with Sonu to ask about why the cynics doubters and other trolls need to be addressed at all he replied, “I am not really going out of my way to justify my behavior to people who doubt my intentions.To be negative is in their DNA. It’s not their fault.All these are trolls. They have no spine and they are only seeking attention.”

However Sonu feels the need for transparency in his dealings. “The common man should know how we function, how we operate , how many people reach out to us, and not just on twitter, but on phone as well. We’ve a toll-free number, we also have people reaching out to us on Instagram,email etc.”

Sonu says he knows who the trolls are.”I know their backgrounds, their names and where they’re coming from . So I don’t need to explain myself to them. This negativity is my impetus to keep doing the good work, regardless of what the cynics have to say.”

Also Read:Sonu Sood on his bio-pic 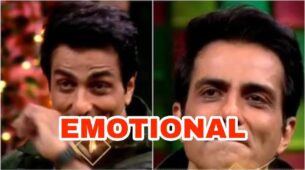