Vijay Deverakonda to debut in Bollywood Vijay Deverakonda is a famous South Indian actor. He is a producer and owns a film production company. He is the most handsome guy in Tollywood with killer looks. He works in Tamil and Telugu films. He is the Superstar of Tollywood. He is also known as rowdy in the South film industry. He came into limelight through his film Pelli Choopulu. He got fame through his film Arjun Reddy and won several accolades for his work.

People love to see him on screens and they love his acting and killer looks. Vijay is making his entry in Bollywood by making a film debut opposite Ananya Pandey. The film is a Karan Johar production. The shooting of the film is yet to start and Ananya is excited to work with Telugu Superstar Vijay. The film is an action film and related to mixed martial arts. Vijay has been signed for the lead role. Vijay has achieved millions of fan following for his acting in Tamil films and he is a well-known face in Tollywood. People are eagerly waiting to see him in Bollywood.

Will Vijay receive the same love in Bollywood which he received from Tollywood? Do let us know and stay tuned to IWMbuzz.com 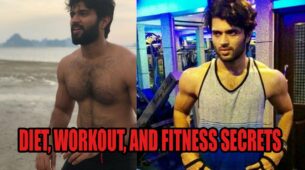 OFFICIAL: Vijay Deverakonda collaborates with Sukumar for his next