While Prabhas became a nationwide phenomenon after the blockbuster of Bahubali, Yash became absolutely humongous after the super success of KGF. In fact, the success of KGF was so much that it even attracted B-Town superstars like Sanjay Dutt and Raveena Tandon to be a part of this gigantic spectacle. Prabhas too likes to be a part of larger-than-life movies and his next Adipurush is all set to continue the legacy he has left behind after the thunderous success of Bahubali.

Both KGF 2 and Adipurush are currently two of the most anticipated movies of the country, but readers, if we had to ask you as to which one is getting you more excited, which movie will you choose and why? 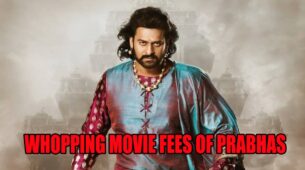