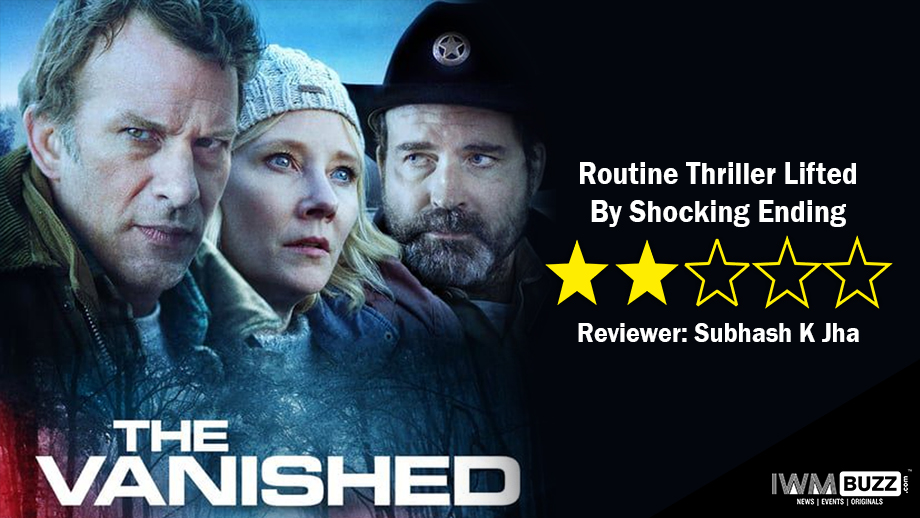 Minutes after the film opens I know it’s in trouble. The main lead, especially the male was caught shamelessly overacting. Ms Heche is relatively better.

Thomas Jane and Anne Heche play a middle-aged couple on a vacation in the deserted mountains with their little girl Taylor who disappears suddenly.

So, you wish, would this corny creep show where one by one people die for no reason except that it is the only way to keep the pompous plot from falling apart.

It all begins with Paul and Wendy singing and doing the family-time tango with their baby girl. If this was a Hindi film it would be time for Yaadon Ki Baaraat. We all know what happens to happy families in movies: check out Manmohan Desai’s lost-and-found melodramas.

Once Taylor disappears, the plot thickens like an overcooked soup that’s long gone from tasty to pasty.

The couple’s anxiety at their daughter’s loss is portrayed in a suspiciously unconvincing way. At one point, the husband sees the couple in the van outside making love, and he jumps into bed next to his wife wanting some.

This, hours after their daughter has disappeared. Have some shame! You want to tell this to the couple as well as to the brains behind the team of this thriller with no steam.

Only the last 10 minutes help to bring some respite to the unconvincing proceedings. By then it’s too late, You don’t want to stick around waiting for 80 minutes for the characters to get serious.

Or is that what they were trying to be all along? We just didn’t notice.

Also Read:Review Of Ramsingh Charlie: Will Occupy Your Heart Forever Review of Shirley: Depicts The Horror Of A Horror Fictioneer