Aamir Khan is not looking at Christmas any longer to release his next project Lal Singh Chaddha. The pseudo-historic epic takes a look at the landmark happenings in India since the country’s partition into two countries in 1947, as seen through the eyes of a Sikh individual played by Aamir Khan.

While the script incorporates historic landmark events, can the Corona pandemic be left out? Apparently the plot would now be expanded to include the current global crisis without which the narrative would remain woefully inadequate.

A source in the know says, “It is self-evident that a film on the important historical happenings cannot be complete without communicating the Corona crisis. The shooting that is now halted would resume once the lockdown is over, with fresh inputs in the screenplay.”

The Aamir Khan project Lal Singh Chaddha is based on the 1994 Tom Hanks starrer Forrest Gump. Aamir Khan plays a Sikh Sardarji for the first time. Kareena Kapoor Khan plays his wife. And it would be safe to assume that the Coronavirus will play the villain. 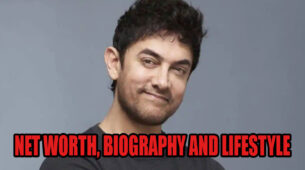