As we know, the sports drama film will have Pankaj Kapur and Sharad Kelkar playing pivotal roles.

We now hear that Ajoy Chakraborty the senior actor who has been part of films like Hey Ram, Water, Garmil etc will play an interesting role in the film.

As per a reliable source, “Ajoy who was last seen in the TV show Pavitra Bhagya is presently shooting for Jersey in Chandigarh.”

We buzzed Ajoy but could not get through. 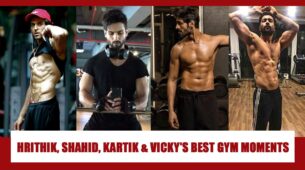