Bollywood biggies come together with PM Modi for Change Within 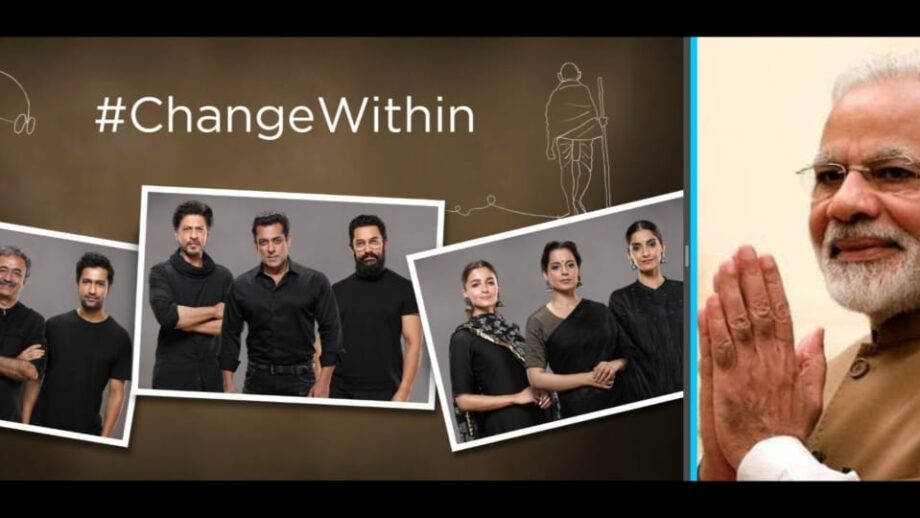 We all know Indian PM Narendra Modi is a huge admirer of Indian cinema. Before also we have seen Modi support the film industry multiple times and now once again, he’s brought forward an initiative called Change Within.

The campaign – #ChangeWithin – was launched by Hon Prime Minister Shri Narendra Modi ji with a 150-second ad film made by Rajkumar Hirani… PM Modi spoke extensively about the power and influence Indian film industry wields across the globe.