I have to be challenged as an actor: Vikram | IWMBuzz
Subscribe Now
Movies | News

In conversation with Vikram... Vikram is not just a very skilled and dedicated actor from Tamil cinema. His ability to slip into different characters at the cost of his health, wealth and,mental equilibrium has rapidly earned him the reputation of being a formidable performing force in Indian cinema. Vikram shares his thoughts with Subhash K Jha.

Tell me it isn’t true that you lost more than 25 kgs for I?

(laughs) Unfortunately, it’s true. But I am not alone. I think Matthew McConaughey lost 23 kgs to play the AIDS patient in Dallas Buyers. The thing is, he was already fit. He just stopped eating while I was on a diet to lose weight.

You’ve repeatedly re-invented yourself physically and emotionally for your roles. Does this traumatic ritual finally seem worth it?

Of course! I’d don’t find it interesting to do a character unless it offers me the challenge of reinventing myself. I don’t work for money. My wife has to constantly keep reminding me that we need to buy stuff around the house. For most of my movies I end up giving back some or all the money. So if I am not in this for money, I must be in this for something else.

Your passion for the craft?

I won’t argue that, ha ha. Right from the time I did theatre I have been like that. I have to be challenged as an actor. No amount of money can lure me into doing a film or character that I don’t want to do.

How did you lose so much weight?

Cycling 15 kms and work-out for an hour in the morning, work-out for another hour in the evening. Then I had ten small meals every day…. egg-white, half an apple….My 22-year old friend with a fantastic physique helped me with my diet. To do this for 2 ½ year years left me looking very strange. People started asking questions about my health. Going anywhere became difficult. Meeting relatives and friends became impossible. So I just cut myself off. Even my wife grew very concerned. I’d very angry with their worries. This is my job! Do I ask the lawyer what he does in the courtroom? Let me be!

How many actors do you know who play havoc with their metabolism?

I don’t know about others. But I’d do anything for a role. It’s such a privilege to have filmmakers trusting me with these roles. I feel Shankar Sir is my God for giving me this role. Any actor when he sees this, will say, ‘Shit, why didn’t I do this role?’ When I did the role I thought of nothing except to give this role my best. I knew what I was getting into.

You are ready to make any sacrifice for a good role?

Yes, right now I am young and I can afford to play around with my body and looks. Later I’ll be unable to take up the challenge. Look at Mr Amitabh Bachchan he went away and came back to play older roles. And look at the roles he does.I’d love to handle my career the way Mr Bachchan does.

Besides Mr Bachchan who are the other actors you admire?

I like different actors for different things. I like Salman Khan for the way he carries himself. His aura and self-confidence are fantastic. I love what he did in Tere Naam which was a remake of my Sethu. He ‘s a close friend. When I went to his home the only trophy he had in his living room was that of Tere Naam. I like Ms Kamal Haasan’s daring choice of roles. During school and college, I modeled my life on him. I was so much in awe of him.I used to do my scenes like him until I did Sethu(the original Tamil version of Tere Naam). I made a conscious decision to move away from Kamal Haasan’s influence.

You mentioned people couldn’t recognize you while you shot I?

I’d be the first one to reach the sets and the last one to leave. People from the crew would sometimes fail to recognize me. Amy Fernandes my costar saw me in the gym one day and couldn’t recognize me without the prosthetics. When I said hi she turned around and said, ‘Oh my God, it’s you, Kenny! You are looking good.’ I was bald and extra thin. But she had seen me constantly in that other grotesque prosthetic makeup on the sets. So she found me looking good(laughs). I was actually looking pathetic.

Your film Anniyan/Aparchit has a huge shelf life?

Yes, it comes so often on television. Even when we were shooting it in Madhya Pradesh for I these guys who came to see us had seen it repeatedly. Shankar Sir makes masala movies. But he’s also done many serious films that he has produced. In I for the first time, he has combined seriousness of purpose with the masala. Everybody from the frontbencher to the intellectual viewer would be shocked.

How important is success in Hindi cinema for you?

It isn’t really important. I have an audience in the South. Initially, when I went to Mumbai and nobody recognized me it disturbed me. But now I am beyond that feeling of being left out. In fact, it’s a relief to be left alone in Mumbai. Recognition doesn’t matter anymore. 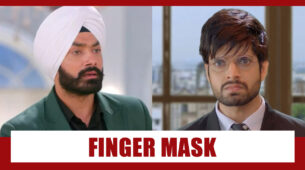 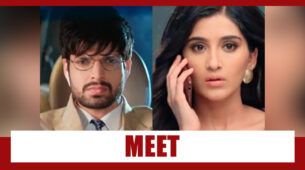