Dimple Kapadia is a well known Indian actress who predominantly appears in Hindi films. She made her mark with the teen romance film Bobby in 1973 and is unstoppable since then. The actress has given some major hits and is known for her convincing acting. Well, Dimple Kapadia is starring in a Hollywood film directed by Christopher Nolan titled Tenet. The film has been described as an action epic evolving from the world of international espionage, but there is a time travel twist, making the trailer mind-boggling. The trailer of the film gives major James Bond feels.

The film was shot in multiple cities including Mumbai. Dressed in a traditional green attire, Dimple has a strong presence in the trailer. Her dialogue delivery is spot-on and she is in her authoritative mode in the trailer. The trailer gives a sneak peek into the world of “Tenet”. It has gripping, gritty and high-octane sequences, but doesn’t reveal any solid plot points. The trailer opens in Mumbai with Washington and Pattinson hanging from a highrise building. The trailer dropped in December and the film is scheduled to release on 17th July 2020. Seeing Dimple Kapadia in a Hollywood film with a strong role is certainly a moment of pride for Bollywood as well as the actress herself.

Here is the trailer of the film where Dimple Kapadia stands out for a few seconds.

Also read: The Chronology We Should Watch To Understand Avengers: Endgame 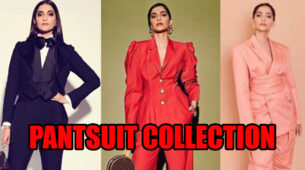