Christopher Nolan’s latest mind-bender Tenet has opened in the midst of the Coronova crisis, in selected theatres in selected cities across the world.

The critics are baffled by the script. They are not embarrassed to say they don’t follow the script. It is okay to confess ignorance with Nolan. And apparently that’s what Dimple Kapadia has been doing. She has told her close friends that she couldn’t follow Nolan’s script. But signed on just for the ride, not to mention the substantial paycheck.

Dimple plays an arms dealer named Priya. If that sounds like a classic case of miscasting, then it is. Dimple looks as convincing as an arms dealer as Dev Patel does playing David Copperfield.

She apparently has a voice in the goings-on. But it’s very difficult to determine who she is meant to be, or what she’s trying to say.Most of the dialogues are hard to follow. I seriously recommend English subtitles for the English dialogues.

It would be safe to say Dimple’s international debut is a bit of a disaster. Her character comes and goes in brief flashes and makes no sense to the audience. Does Dimple’s presence make any difference to the screenplay? No, I am afraid not.

Her hazy lazy presence in Tenet brings up the debate on Asian actors rushing to do minuscule roles in American films. Remember Dimple’s favourite co-star Anil Kapoor making a fool of himself in Mission Impossible? I wouldn’t say Dimple ends up looking as ridiculous Anil. But it’s close.

The one really positive factor in Dimple’s presence in Tenet is that she plays a brown-skinned Asian. In another new film Dev Patel cuts a sorry figure as a colour-blind David Copperfield. 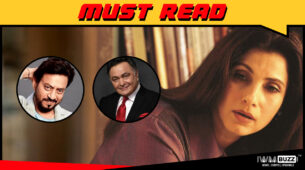 All My Heroines: Rishi Kapoor Co-Starred With The Maximum Debutantes (None Succeeded) From Rishi Kapor-Dimple Kapadia To Ranbir Kapoor-Sonam Kapoor, 5 Debutant Pairs Who Made A Strong Collective Impact 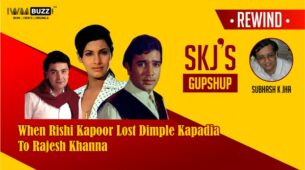