Even before its October 2 release, the new Ishaan Khatter-Ananya Pandey starrer Khali Peeli(meaning, “for f..k’s sake” and also referring to the yellow colour of the traditional taxi vehicles in India) finds itself in a series of review-bombing controversies.

Or should we say preview-bombing incidents, since the film isn’t even released.

Recently netizens decided to take offence when the makers of Khali Peeli released a song called Beyonce Sharma Gayi. They even took it upon themselves to apologize to Beyonce, as though she were their favourite sister who had been dumped by a dirty groom for dowry.

There is a clear attempt to shoot down the film before release as it stars two star-children Ishan Khatter and Ananya Pandey.

But the biggest blow to the film could prove to be its distancing from the Telugu blockbuster Taxiwaala. Fans of Vijay Deverekonda were thrilled to bits that their favorite star’s film was being remade into Hindi.

But for reasons best known to the makers of Khali Peeli they have chosen to move away from the Telugu original in which Deverekonda played a taxidriver haunted by a ghost in his taxi.

Both the film’s leading man Ishaan Khatter and producer Ali Abbas Zafar had admitted to the film’s allegiance to the Telugu film, now being denied.

Deverakonda’s fans are unlikely to be amused by this volte-face. As for the preview bombing , it is unlikely to stop in a fortnight as the makers of Khali Peeli are hoping. 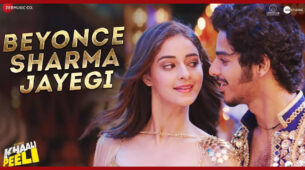 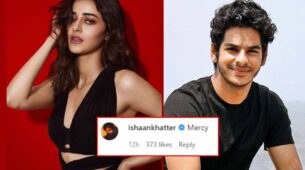