On the day Akshay Kumar starrer Laxmmi(nee Bomb) starts streaming, and the film is being talked about as the blockbuster of the year.Sources say the producers of Laxmmi are in a panic as this is a high-stakes film. An Akshay Kumar starrer is a budgetry event and as the first Akshay film on the digital platform Laxmmi has a responsibility to the boxoffice.

One now hears the producers were toying with the idea of a last-minute name-change for Akshay Kumar’s character. In the film he is called by the Muslim name Asif and the heroine Kiara Advani is known as Priya. This according to some right-wing elements amounts to love-jihad relationship.

“Rather than risk it , they thought of doing some more of the appeasement thing,and change Akshay’s name ,” says a source in the know. However better sense prevailed and Akshay is still Asif in Laxmmi. No more dropping of a bomb. 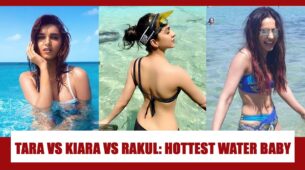