Some days back, we got a major shock when we heard that Sanjay Dutt is reportedly suffering from stage 3 of lung cancer.

While initially speculations were being made as to how Dutt will go forward with the treatment, now, the thing is entirely clear.

Sanjay Dutt was spotted leaving for Mumbai’s Kokilaben hospital today for his medical treatment in presence of his wife Maanyaata Dutt. Two of his sisters, Priya Dutt and Namrata Dutt were also present. Take a look at the photos below –

Also Read: After being diagnosed with lung cancer, Sanjay Dutt to seek permission from Government to travel abroad 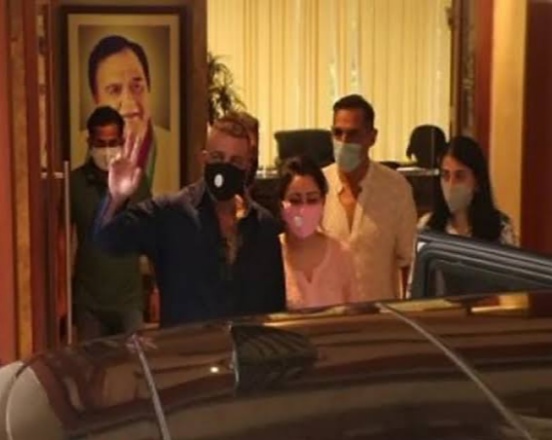