Sachiin Joshi on loss of Irfan Khan and Rishi Kapoor Entrepreneur-actor Sachiin Joshi who is currently stranded in Dubai is unable to come to terms with the death of two acting stalwarts in two days.

“It’s like a nightmare for our film industry. Two of the best actors leaving us one after another. I’m a big fan of Irrfan Khan and Rishi Kapoor. Please note, I speak about them in the present tense. For me they will always be alive,” says Sachiin.

The full-time entrepreneur and part-time actor did get a chance to work with Irrfan. “I co-produced Jazbaa in 2015 only so I could get to work with Irrfan. We made sure it was one of his slickest films ever, as he was always associated with the more realistic kind of cinema. We designed Jazbaa as a fast-paced glamorous thriller and for a change, Irrfan played a sophisticated investigative officer with the very beautiful and glamorous Aishwarya Rai Bachchan as his co-star.”

Sachiin feels an actor like Irrfan need not be pigeon-holed. “He could play raw or slick, rich or poor. He was illimitably versatile and it was a privilege to interact with him. He was one of the most well-informed and intelligent actors I’ve known. And we spoke on many subjects. His interests stretched far beyond cinema.”

As for Rishi Kapoor, Sachiin was thinking of approaching him for a film. “But fate had other plans. I really wanted to work with Rishiji. He was an actor who brings alive even the ‘deadest’ of scripts. A rarity. Why did we have to lose two such phenomenal actors within two days?” 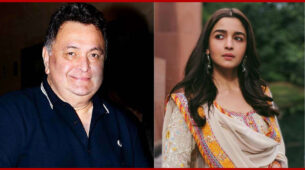